The UK will return to a blue and gold passport design after the country leaves the European Union in 2019.

The new design will replace the burgundy cover that has been a feature of the UK passport since the late 1980s.

Blue was first used for the cover of the British passport in 1921 until the change in 1988.

Prime Minister Theresa May said the move would be an expression of "independence and sovereignty".

Home Office Minister Brandon Lewis said the new passport will be the "most high-tech and secure we have ever seen", making it more resistant to fraud and forgery.

A £490 million contract to redesign and produce a new version of the document was announced earlier this year. The passport is routinely redesigned every five years. 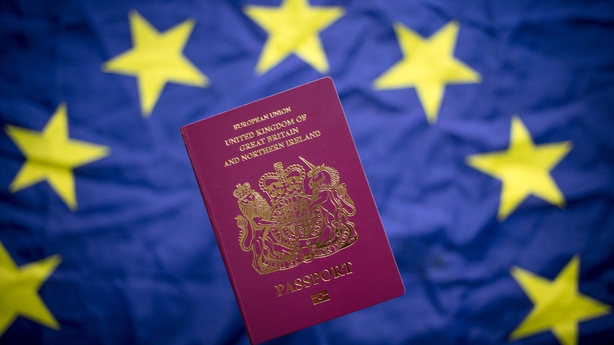 Eurosceptics view the new contract as a way to ditch the EU burgundy cover in favour of a return to the colour of the past.

"A great Christmas present for those who care about our national identity," said Conservative MP, Andrew Rosindell

"The fanatical Remainers hate it, but the restoration of our own British passport is a powerful symbol that Britain is back!"

However, Scotland's First Minister Nicola Sturgeon has poured scorn on the plans to bring back the blue cover as "insular, inward looking, nonsense".