Brexit is "a failure and a tragedy", European Commission president Jean-Claude Juncker has said.

The European Union's most senior civil servant promised that the bloc will approach the negotiation of Britain's withdrawal in a "friendly" and "fair" way, but warned that European institutions were not "naive" about the process.

He confirmed that the UK will be presented with a bill for leaving, but insisted that this did not represent a "punishment", but merely the settling of commitments made by the UK.

He did not put a figure on the bill, which reports suggest could amount to as much as €60bn, to cover liabilities for projects which the UK previously agreed to help fund, as well as pensions for EU officials who served during the period of its membership.

Speaking to the BBC, Mr Juncker said: "It will be a bill reflecting former commitments by the British government and by the British Parliament. There will be no sanctions, no punishment, nothing of that kind."

British Prime Minister Theresa May is due formally to notify Brussels of Britain's intention to leave the EU in a letter to the European Council next Wednesday - just four days after the EU's 60th anniversary celebrations in Rome tomorrow.

The letter will set in train a two-year process of negotiation leading to the reduction of the EU from 28 to 27 members on 29 March 2019. 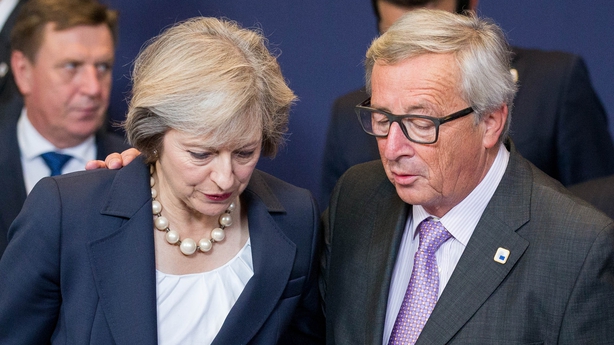 Asked how he felt about Brexit, Mr Juncker said: "It is a failure and a tragedy. I will be sad, as I was sad when the vote in the referendum took place in Britain. For me, it is a tragedy.

"I am anything but in a hostile mood when it comes to Britain. We will negotiate in a friendly way, a fair way, and we are not naive."

Mr Juncker made clear he places high priority on protecting the status of the three million EU nationals resident in the UK and the one million Britons living on the continent.

"I am strongly committed to preserving the rights of Europeans living in Britain and British people living on the European continent," he said.

"This is not about bargaining, this is about respecting human dignity."