The Irish Farmers’ Association has said that the implications for Irish agriculture are so serious that farming has to be first in the Government and European Union negotiating positions on Brexit.

Launching an IFA policy paper titled 'Brexit: The Imperatives for Irish farmers and the Agri-Food Sector', the IFA said that no other State and no other sector is as exposed as the Irish farming and food sectors in these negotiations.

A hard Brexit could cut European meat exports to Britain by 85% and dairy exports by 60%.

In Ireland that would translate into a fall of €1.5bn in beef exports and a €600m cut in dairy exports which, if it happened, would prove devastating for every town and village in the country, the IFA claims.

On top of that the loss of the UK contribution to the EU budget could mean cuts in single-farm payments and other farm supports.

The IFA says this is the most significant challenge to the sector in the history of the State.

The key priority, according to IFA President Joe Healy, is that the closest possible trading relationship with the UK is maintained, along with the value of the UK market, and a strong Common Agricultural Policy budget after the UK's departure from the EU.

Senior officials from the Department of Health have been outlining the possible effect of Brexit on Ireland's health system, including access to the Treatment Abroad Scheme, and ambulances travelling over the border.

Muiris O'Connor, Assistant Secretary at the Department of Health, said the principal impacts of Brexit for the health sector include free movement; rights to health services and regulatory issues.

Mr O'Connor said there was still a great degree of uncertainty surrounding Brexit which makes examining the implications challenging.

However, he said issues such as emergency ambulance transfers between Ireland and Northern Ireland and mobility for cross-border health workers will need to be given due consideration.

Mr O'Connor said ensuring minimum disruption and that essential services are maintained on a cross-border, all-island and Ireland/UK basis is a key concern. 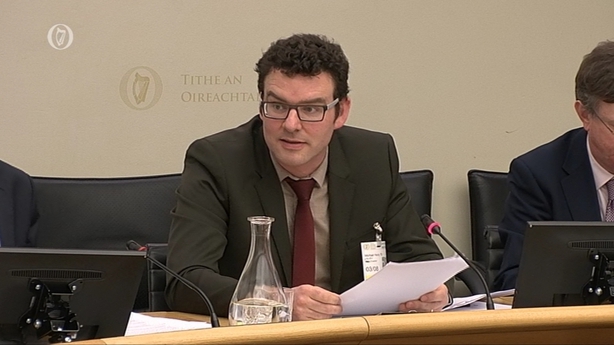 "In particular the Department is conscious that the operation of the EU Treatment Abroad Scheme and the Cross-Border Directive under which Irish patients currently enjoy the ability to access health services in the UK, and in particular in Northern Ireland, may be affected by the UK leaving the EU," he said.

Mr O'Connor said that both the Irish and British Governments have set out their desire to maintain the Common Travel Area, and the reciprocal benefits of citizenship, in terms of entitlements to reside, work and access services.

"This, of course, will have relevance for the health sector," he added.

On regulation, the committee was told that a UK move away from a harmonised regulatory system in relation to food safety standards, pharmaceuticals, medical devices and cosmetics could disrupt trade between Ireland and the UK or necessitate increased certification requirements.

Mr O'Connor said the Minister for Health has met with the EU Commissioner for Health and Food Safety twice in recent months to discuss the impact of Brexit on Ireland and the health sector and also to discuss Ireland's bid for the European Medicines Agency.

The Agency - which is responsible monitoring the safety of all medicines in the EU - will have to move from its UK base after Brexit.