EU and UK negotiating teams are to work through the night to try to agree a final Brexit deal before tomorrow's leaders' summit in Brussels.

It was confirmed at the meeting that a deal had not yet been agreed and the talks would go on through the night.

All outstanding issues in the negotiations are believed to have been resolved, with the exception of how VAT will be treated in Northern Ireland.

Earlier, two senior EU sources said the main stumbling block to an agreement had been removed, with the DUP accepting the latest proposals on consent.

British Prime Minister Boris Johnson told a cabinet meeting there was a chance of securing an agreement with the EU, but the deal had not been reached yet.

His spokesman said there remained outstanding issues in agreeing the deal, adding that talks with the DUP were ongoing.

"The prime minister gave an update to cabinet on the progress in the ongoing Brexit talks. He said there was a chance of securing a good deal but we are not there yet, and there remain outstanding issues," the spokesman said.

Update: all outstanding issues with the exception of VAT are now resolved in the Brexit negotiations, including the consent issue, according to EU source

Mr Johnson also attended a meeting of the Conservative Party's 1922 Committee meeting after giving a short address on Brexit.

One MP described his comments as "optimistic and upbeat". Mr Johnson compared the situation to climbing Mount Everest, according to MPs who attended.

Referring to the prime minister, leading Brexiteer MP Mark Francois said: "He said, 'We are not quite at the summit, we are at the Hillary Step'.

"'The summit is not far, but at the moment there is still cloud around the summit'."

Mr Johnson needs to get a deal approved by the EU at the summit to avert a major political row over asking the EU to delay Brexit beyond the scheduled 31 October deadline.

RTÉ correspondents bring you all the latest #Brexit analysis from Brussels, Belfast, London and Dublin pic.twitter.com/NFrsVV6v7p

On VAT, it appears that Northern Ireland will be remaining in the EU's VAT area, which is seen as vital for north-south trade.

However, a new mechanism will therefore need to be created for trade between Britain and Northern Ireland, as the UK will have its own VAT rules.

Senior sources suggest this is something that could be managed.

It was also reported that there were differences over "level playing-field" measures.

These are commitments the European Commission is demanding to ensure that the UK does not undercut the EU in the area of environmental and social protection, state aid rules and labour protections.

A DUP spokesperson has said a party leadership delegation has been in Downing Street having further talks with Mr Johnson.

Meanwhile, speaking during a state visit to Cyprus, President Higgins said he believes the good relations that exist between Ireland and Britain will continue "no matter what happens" in the Brexit negotiations.

Elsewhere, French President Emmanuel Macron said a deal was being finalised and could potentially be agreed on at a European Council summit tomorrow.

"I want to believe an agreement is being finalised and that we will be able to endorse it tomorrow," Mr Macron said at a joint press conference with German Chancellor Angela Merkel.

British Brexit Secretary Stephen Barclay said the UK government would comply with assurances given to a Scottish court that Mr Johnson would write a letter to the EU requesting a Brexit delay if a deal is not reached by 19 October.

The British parliament passed a law last month that would require Mr Johnson to request a three-month delay if parliament has not approved an exit agreement by the end of Saturday.

Earlier this month, the government's top legal officer in Scotland gave assurances that Mr Johnson would fully comply with the so-called Benn Act and write the letter asking for an extension and, if the EU offered one, he would accept it.

Asked repeatedly by the opposition Labour politician behind that legislation, Hilary Benn, whether Mr Johnson would write the letter, Mr Barclay avoided repeating those exact words but said the government would abide by its pledge to the court.

Mr Barclay also said Britain had submitted the draft text of a new political declaration - one part of a Brexit deal with the EU sets out the direction of a long-term relationship with the EU. 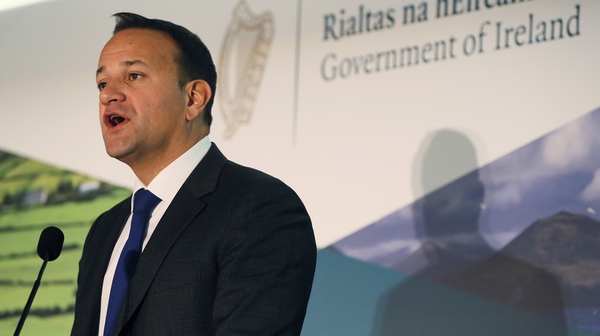