Last August BBC Newsnight reported on internal documents in the UK Department of Environment, Food and Rural Affairs (DEFRA) which revealed that officials in the Department had been warned about a potential "major cull of dairy cattle" in Northern Ireland in the event of a no deal Brexit.

DEFRA was quick off the mark, it issued a statement rubbishing the report. The statement could not have been more explicit, "A widespread cull of livestock is absolutely not something that the government anticipates nor is planning for in the event of no-deal"

Fast forward just two months and the dairy industry itself has raised the prospect.

The numbers are simple: 35% of all milk from cows in Northern Ireland, is transported to the Republic to be processed.

The dairy industry in Northern Ireland does not have the capacity to process the volume of milks its farmers produce. Open borders, thanks to the Good Friday Agreement, have created an all-island dairy industry. A no-deal Brexit would shatter that.

The principle issue is tariffs. The proposed tariffs account for 25% of the entire dairy industry in Northern Ireland. Put straight, they will wipe out any EU export potential.

Over half a million litres of milk will have nowhere to go. The cows that produce that milk will very quickly become a problem. Cows need to be milked, and to be fed, they impact emissions, and their milk would effectively be a waste product.

No farmer or industry could justify milking cows and dumping their quality product. A cull, may not be as far-fetched as many think. For dairy farmers all over Northern Ireland, it would be heart break. Farmers have built up their herds, and their milking infrastructure. The knock-on impact is unthinkable.

Close to 5,000 people are involved in the dairy sector in Northern Ireland. 2,000 directly employed by processors. Today the body which represents them said it doubte4d it could survive in the event of a no deal Brexit.

The comments from the Dairy Council of Northern Ireland are aimed directly at Brexit negotiators and politicians of influence in Northern Ireland. It's a wake-up call designed to make those involved think of the dire consequences of a no-deal Brexit. 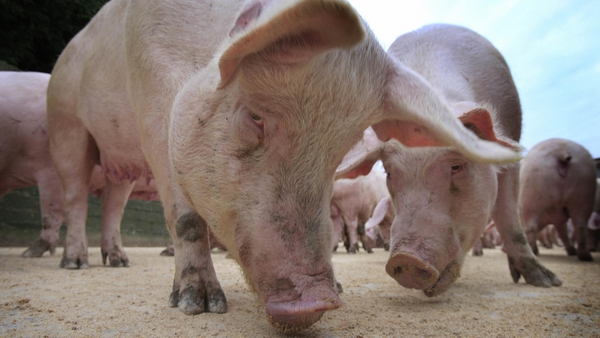