The DUP leader Arlene Foster has told RTÉ News that she remains committed to the return of power-sharing at Stormont.

She said that like everybody else she was surprised by the announcement of a general election by British Prime Minister Theresa May on Tuesday.

She said the DUP "wants back in to the Executive", it remains committed to devolution and it will continue to engage in negotiations that have so far failed to produce an agreement.

She said she expects the DUP and the Ulster Unionist party to have pact arrangements in a number of constituencies for the Westminster elections but no agreements are in place at this stage.

She said the Westminster elections will not alter her recent decision to hold discussions with individuals who speak Irish and Irish language support groups and she has a number of meetings planned for next week.

The new deadline for forming a power-sharing government is 29 June.

Northern Ireland Secretary of State James Brokenshire has introduced legislation at Westminster that will give Stormont's parties a three-week window to strike a deal after the UK general election.

The end of June date is now the fourth deadline in the deadlocked process, with the previous three having fallen by the wayside amid ongoing stalemate between the North's political leaders.

An agreement between the two main parties, Sinn Féin and the Democratic Unionists, continues to prove elusive.

"Since the Northern Ireland Assembly election on March 2 our focus has been on re-establishing inclusive, devolved government," said Mr Brokenshire.

"The forthcoming UK general election does not change that. This Bill will therefore enable an Executive to be formed in the coming days should an agreement be reached.

"However, if an agreement is not possible before the general election, it is right that we provide flexibility for an incoming Government to act in the best interests of Northern Ireland and the space for the parties to conclude a deal.

"This Bill gives the parties the legal authority to convene the Assembly, appoint ministers and get on with the resumption of devolved government at any point up to 29 June.

"This is what the people of Northern Ireland voted for on March 2 and should remain the focus in the weeks ahead." 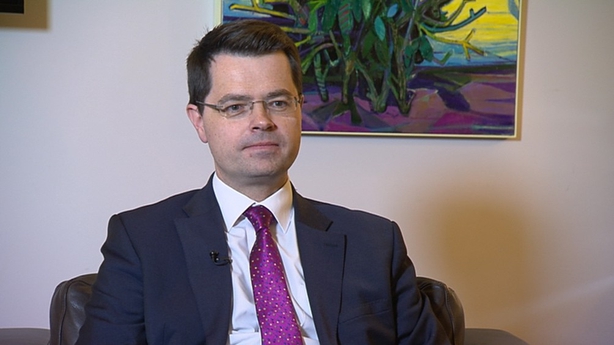 The UK government's third deadline of "early May" was torpedoed by the calling of the snap UK general election, with all sides at Stormont admitting the chances of compromise were much reduced amid an adversarial campaign for votes.

Discussions are due to continue in the days ahead, but the prospect of a breakthrough is slim to none.

Northern Ireland has been without a devolved government for more than seven weeks, with a senior civil servant currently in charge of public spending.

Politicians had not set the regional rate prior to devolution crashing in January over a row about a botched green energy scheme.

The rate set through Mr Brokenshire's intervention will increase in line with inflation.

Legislation as it stands required that a power-sharing executive was formed within three weeks of the March snap Assembly election.

Once that first deadline fell, the UK government was always going to have to amend the law to enable a new administration to be formed without resorting to yet another snap election.

The passage of the Bill is a formality. It will be accelerated through its legislative stages to enable rates bills to go out as soon as practicable.

A further snap Assembly poll could still be an option, however, if the parties again fail to reach agreement before the 29 June deadline.

At that point the choice facing Mr Brokenshire will be triggering another election or introducing direct rule from Westminster, unless he opts to set a fifth deadline for negotiations.

Sinn Féin demands for legislative protections for Irish speakers, an end to the region's ban on gay marriage and the implementation of a Northern Ireland-specific bill of rights are among the issues of dispute between it and the DUP.

The republican party has accused the DUP of preventing the formation of a "rights-based" government.

But the DUP has dismissed this, claiming Sinn Féin is focused only on the wish-list of its own supporters, and is failing to appreciate that others want movement on other issues.

The DUP is seeking to secure protections for Ulster Scots speakers and has also pressed for the introduction of a military covenant in Northern Ireland, a series of policies that define the state's obligations to its armed services.

The Ulster Unionists, SDLP and Alliance Party are also involved in the protracted negotiations, along with the Irish and UK governments.