It was the Bush administration which coined the term "Europe's last dictatorship" for Belarusian President Alexander Lukashenko.

It says something about Lukashenko's ability to retain power that it was a term used by the administration of George H Bush, rather than his son George W Bush. Both generations of the Bush family have been and gone from the US presidency, but President Lukashenko still rules, earning him the record of longest serving president in Europe.

In power in Belarus since 1994, he has steadily worked to consolidate his position and rid the country of those who oppose him. He disbanded the parliament in 1996, handpicking replacements for those he had ejected.

Elections called in 2000 were condemned by some in the international community because of concerns about the treatment of opposition politicians as well as worries over voter fraud. As President Lukashenko reinforced his power, he removed any rules or restrictions on how many terms a president could serve.

Andrew Wilson, Professor in East European studies at University College London and author of Belarus, The Last European Dictatorship, says that apart from coercion and "serial election stealing", the president's position was also helped by a relatively strong economy in the 1990s and 2000s before the global economic crash of 2008.

The fruits of those relatively good economic years were widely shared, Professor Wilson adds, and while it's not true to say there wasn't corruption, there hasn't been the same kind of oligarchy or mafia skimming off most of the money.

Instead it went to support an old fashioned Soviet style economy of big state factories and state employment. But the last decade has seen the Belarus economy falter, unable to depend on its neighbour Russia for the level of financial support it once offered.

Once a close ally of Russia, the alliance between the two countries has become distinctly more uneasy in recent years as Lukashenko looked to retain Belarusian sovereignty from Russia, securing his own position at the same time. The cooled relationship is perhaps typified by the failure of the Belarus regime to support Putin's war in Ukraine.

As economic hardship came, President Lukashenko's leadership style did not change. For a flavour of his approach you only need to read some of his quotes.

Whether telling people that "an authoritarian style of rule is characteristic of me" or "there are dictators a bit worse than me, no?", you could be forgiven for thinking that President Lukashenko enjoys the reputation he has developed over almost three decades in power.

He is also quoted as saying that "as soon as people decline my services, I'll put my briefcase under my arm and I'll be off" but numerous demonstrations after his presidential wins, most recently last year when he claimed to have won a questionable 80% of the vote, suggest otherwise.

Human Rights Watch points out that Belarus is the "only European country to use the death penalty ... and authorities do not inform families of the execution date or the burial place". Activists, independent journalists, jurists all face "government harassment and pressure. Authorities have arbitrarily prosecuted dozens of journalists", according to HRW.

The International Crisis Group says that while there have been questions about all the votes which have kept Alexander Lukashenko in power since he first won the presidency, the ballot in 2020 "was even less transparent than its predecessors. The Organization for Security and Co-operation in Europe (OSCE) complained that it was invited too late to send observers, while staff from the Parliamentary Assembly of the Council of Europe (PACE) stayed away due to Covid-19".

Lukashenko's main opponent on the ballot, Sviatlana Tsikhanouskaya, had entered the race just a few weeks prior, essentially looking to take the place of her husband Sergei who had been arrested when he attempted to run for office.

Ms Tsikhanouskaya's campaign brought large crowds out to cheer her on, and while few of her supporters believed she would be able to beat a system which they considered rigged in favour of the incumbent, the public support she received both before and after the vote made clear that opposition to President Lukashenko had not been stamped out.

Hundreds of thousands of people took to the streets to protest at the election result, and continued to do so for months risking detention and imprisonment.

That repression of opposition continued within the media also, with Human Rights Watch pointing out that an independent press was being stifled through "smear campaigns, arbitrary arrests, raids on homes and offices, police brutality and political prosecutions". 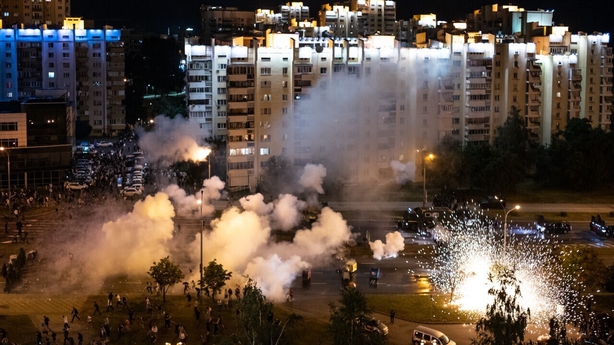 Pavel Slunkin, a Visiting Fellow at the European Council on Foreign Relations, outlined in January of this year that "without large-scale repression and police violence (Alexander Lukashenko) is unable to retain power given widespread agreement ... that his continued rule is illegitimate".

As a result, Slunkin spoke of purges in state structures, brutal suppression of street protests and the detention of tens of thousands of people as protests against the election result continued.

And Slunkin warned that Belarus, and how to deal with its leadership, was an issue which the European Union would not be able to avoid.

He said: "It is not going away - which is the reason why the European Union should set about solving the problem now, rather than having to deal with an upturned chessboard at a later date, with all the picking up of the pieces this will involve."

That "upturned chessboard" moment came to pass this week with the detention of Roman Protasevich - on a European airline diverted from European airspace. 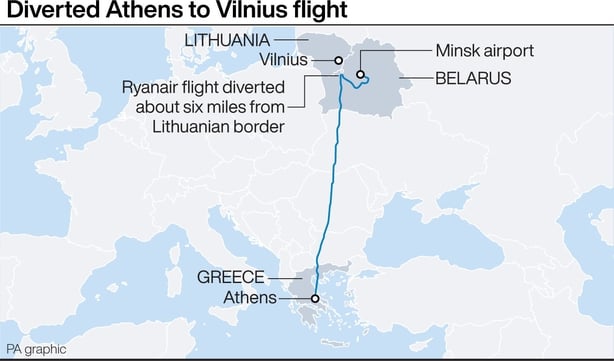 It was a "brazen" move, Professor Andrew Wilson points out, and one not without considerable risk.

The question now is whether the actions of the West will leave President Lukashenko regretting his decision?