If Phil Hogan does confirm his candidacy to be head of the World Trade Organisation it will have ramifications for an incoming Irish government, which will have to send a new commissioner to Brussels, and for the new European Commission, which only formally took office on 1 December.

Either way it comes at an acutely difficult moment for the WTO itself.

The US has blocked the appointment of judges to the WTO's dispute settlement arm, there is a budget crisis looming, and trade wars abound, most notably the US-China confrontation.

The Covid-19 pandemic has upended assumptions about the virtues of global free trade and has sharpened the protectionist instincts of western countries, and indeed the European Union itself.

"The WTO is severely weakened," says Dmitry Grozoubinski, Visiting Professor at the University of Strathclyde's School of Law, "partially paralysed and increasingly in the crosshairs of the US, where concerns about it extend beyond the Trump administration and across party lines."

Grouzoubinski notes that there is currently a bill in Congress that would see the US withdraw from the WTO, with a similar resolution making its way through the Senate.

"I’m exploring the option of being a candidate for the director general of the WTO," he said.  "I think there’s an important amount of work to be done to reform the organisation, to make it more effective and efficient, but also to deal with many of the important trade issues that are bedevilling the international community now arising from Covid-19."

Even if he has yet to formally announce he is in the running for the job, it seems likely that Ireland’s commissioner is carefully weighing up his chances.

This is the process stage. The post of director general came up suddenly with the resignation of the incumbent, Roberto Azevêdo, a Brazilian diplomat. 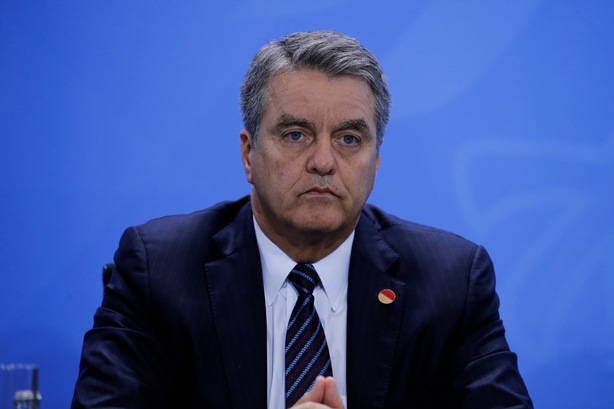 He was not due to step down until September next year, so a replacement must be found by September this year at the earliest.

Nominations for the post opened yesterday and will close on 8 July. As EU trade commissioner Hogan will have had the ear of 27 European trade ministers at today's informal meeting.

Afterwards he said he was "heartened" that a majority believed having an official EU candidate was a good idea.

However, there may not be a consensus for an EU candidate.  The Dutch trade minister Sigrid Kaag, who recently ruled herself out of the race, has suggested the EU could unite behind a non-EU candidate.

One name which has been mentioned is Arancha Gonzalez, Spain’s foreign minister. 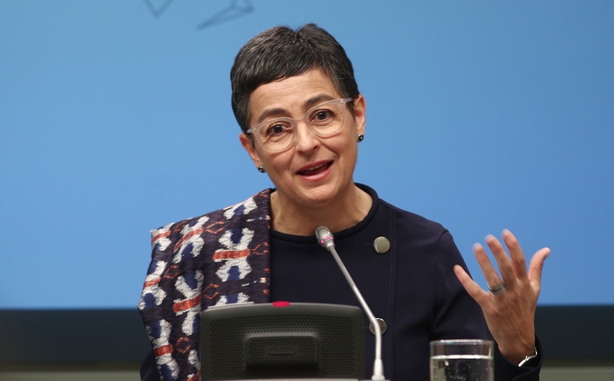 However, she has only recently joined the Spanish government, which itself is currently in a precarious position.

If the EU is to agree a consensus European candidate it has just over three weeks to do it.

Trade ministers have had an initial discussion under the Croatian Presidency, with the Croatian foreign minister Gordan Grlić Radman keen that if there is an EU candidate he or she should have solid political credentials.

"[EU trade] ministers agreed the future director general [of the WTO] should be a strong political figure and supporter of multilateralism, with the necessary experience and ability to broker compromises to get the WTO back on track," he told reporters.

Hogan’s apparent interest in the job appears to have taken many by surprise.

However, those close to the former Irish minister say he has for some time nurtured strong views about the need for reform at the WTO.  While he was probably not expecting the post to become vacant for another year, it’s understood he believes he has the qualities for such a challenge.

During today’s news conference Hogan confirmed that he had discussed the position with the US trade representative Robert Lighthizer. 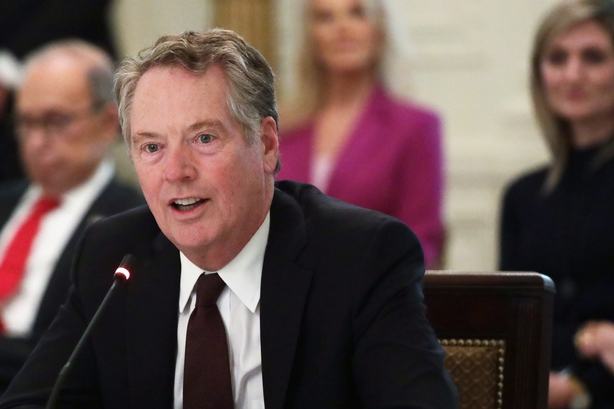 He said Mr Lighthizer was "very much of the view that a developed country should assume the responsibility of the DG of the WTO but of course he or the United States cannot make a decision as to who they would support until they see a list of candidates."

Who gets to be the next head of the WTO will depend entirely on the 164 member states.

The current chair of the General Council, David Walker of New Zealand, will inform countries after 8 July when the nominations have been received, and a consolidated list of applicants will meet national delegations at a General Council meeting in Geneva, present their views and take questions.

"Whoever ends up with the least objections is the person who usually ends up getting the nomination," says a senior EU figure.

However, the coveted position can be a bitter chalice. "The focus of the campaign will be on finding someone to lead a WTO facing the worst critical challenges in its history on many fronts," says Peter Ungphakorn, who worked in the WTO Secretariat from 1996-2015.

"And yet a WTO director-general actually has no power at all. None. It’s all about authority and influence. If the members don’t want to listen to the director-general they won’t. They will just go their own way in the WTO, or go elsewhere."

Technically, the director general is in charge of running the secretariat and is supposed to be at the beck and call of member states. But he or she also chairs the Trade Negotiations Committee, overseeing all the talks being handled by negotiating groups.

The WTO’s predecessor, the General Agreement on Tariffs and Trade (GATT) was, from 1948 onwards, largely run by technocrats.

That changed with the arrival of Irishman Peter Sutherland in 1993.  His was a more political appointment, arranged in order to push through the Uruguay negotiating round.

If Hogan becomes the EU’s candidate and goes on to secure the post it may be because WTO member states believe a more political figure is once again needed.

But whoever gets the job, it will be a difficult balancing act.

"He or she cannot do anything that the members don’t want to do," says Ungphakorn.

"The members have to take the lead. Push too hard and they will resent the director-general. Don’t push at all and little gets done."

Depending on how the Trump presidency unfolds before the November election, America might decide not to block a European candidate, especially, if Hogan succeeds, one who is keen on the kinds of reforms the US has long agitated for.

Having helped conclude the EU-Mercosur trade deal as agriculture commissioner, Hogan would certainly be the kind of political figure who could pick up the phone to capitals and do some gentle brow-beating.

"The trouble is that if it’s someone like Trump," says Ungphakorn, "that’s not going to happen. It doesn’t matter who you have. With [Democratic candidate Joe] Biden it might be different."

While a majority of directors general have been European, the trend has emerged in recent years of a rotation between the developing and developed world.

With the outgoing Brazilian Azevêdo, it may or may not be Europe’s turn again.

The current zeitgeist might favour an African candidate, and today the Nigerian government nominated a former finance minister Dr. Ngozi Okonjo-Iweala, who has 25 years experience at the World Bank.

However, there are reported divisions among African countries over the nomination.

Mexico has nominated Jesus Seade, a veteran trade official, who worked in the WTO in the early 1990s and more recently helped negotiate a new North American trade deal due to take effect in July.

Seade will be another formidable candidate.

Much depends on the United States’ approach to the contest.

Phil Hogan had a testy opening exchange with the White House when he was first appointed EU trade commissioners, but he is understood to have a good working relationship with Lighthizer.

Depending on how the Trump presidency unfolds before the November election, America might decide not to block a European candidate, especially, if Hogan succeeds, one who is keen on the kinds of reforms the US has long agitated for.