On Tuesday, in the Seventh Chamber of the General Court of the European Union in Luxembourg, a panel of judges will begin hearing oral arguments in a legal case which could ultimately have a profound impact on Ireland, Apple and other multinationals operating in Europe.

It concerns the landmark ruling by the European Commission in 2016 that the Irish State had given undue tax benefits worth €13 billion to the tech giant.

This is illegal under EU state aid rules because, according to the European Commission, it allowed Apple to pay substantially less tax than other businesses.

The commission ordered Ireland to recover the illegal aid, plus interest.

But Ireland and Apple, which today employs 6,000 people in Cork, are appealing the ruling.

This all happened a few years ago. Remind me what the European Commission found?

It was 2014 when the commission announced it was beginning an in-depth investigation into this issue.

That probe took two years, but at the end of it the commission concluded that two tax rulings in 1991 and 2007 issued by Revenue to Apple had "substantially and artificially lowered the tax paid by Apple in Ireland since 1991."

The way in which this occurred is complicated and quite technical.

But essentially the commission claimed that the tax rulings rubber stamped a method of determining the taxable profits for two companies based in Ireland - Apple Sales International and Apple Operations Europe. 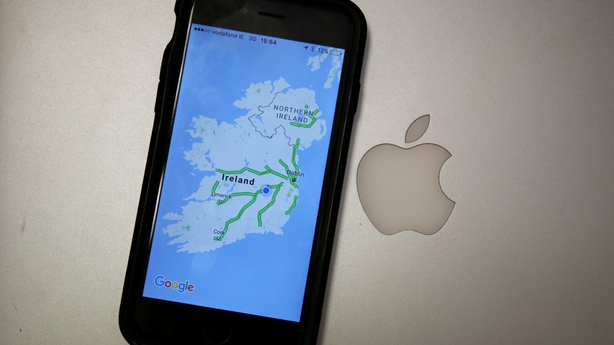 These determinations, the commission found, did not correspond to economic reality, because almost all the profits recorded by those two companies were attributed by Apple itself to a "head office".

However, the commission concluded that those head offices only actually existed on paper, and as a result could not have generated such profits.

These profits were not, as a result, subject to tax in any country under specific provisions of the Irish tax law which are no longer in force, it found.

the result of all this, it said, was that Apple only paid an effective corporate tax rate that declined from 1% in 2003 to 0.005% in 2014 on the profits of Apple Sales International.

What's the problem with that?

Well in effect, the commission alleged, Apple was getting selective tax treatment.

That is illegal under EU state aid rules, which preclude any company enjoying a significant advantage over other businesses subject to the same national tax rules.

But the impact of this wasn't just restricted to Ireland.

The commission ruled that the tax treatment here in effect enabled Apple to avoid paying tax on nearly all the profits it generated from product sales across the EU Single Market, because all sales were booked in Ireland rather in the territories where they were actually sold.

As a consequence, the European Commission ordered Ireland to recover €13bn in unpaid taxes over the period 2003 to 2014, plus the interest.

It wasn't a fine as such, as the issue in dispute wasn't the level of tax that was levied, but rather how much of Apple's sales profit the corporation tax rate here should be applied to.

After 2015 Apple changed its structures, which meant the tax rulings of 1991 and 2007 were terminated.

What did Apple have to say about all this at the time?

Not surprisingly Apple at the time and since has vociferously denied the European Commission’s claims, stating it follows the law and pays all the taxes it owes in every country where it has operations.

Apple CEO Tim Cook wrote in a letter to customers in August 2016, that over the years it had received guidance from the tax authorities here about how it could comply correctly with the Irish tax law.

"The European Commission has launched an effort to rewrite Apple's history in Europe, ignore Ireland's tax laws and upend the international tax system in the process," he claimed.

He also alleged that the EU’s claim had no basis in fact or in law as Apple had never asked for, nor was it given, any special deals. 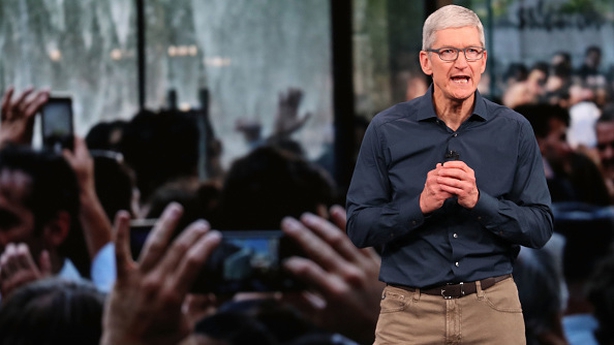 "This would strike a devastating blow to the sovereignty of EU member states over their own tax matters, and to the principle of certainty of law in Europe," he pointedly wrote.

The knock-on effect of this he warned would be a profoundly harmful effect on investment and job creation in Europe.

Apple, Ireland and the United States all agreed with the fundamental principle of multinational taxation around the world, that a company’s profits should be taxed in the country where the value is created, he said.

"In Apple’s case, nearly all of our research and development takes place in California, so the vast majority of our profits are taxed in the United States. European companies doing business in the US are taxed according to the same principle. But the commission is now calling to retroactively change those rules," he wrote.

So what happens on Tuesday then?

After three years of preparation and waiting, Europe's second highest judicial body, the General Court, will begin hearing the appeals lodged by Ireland and Apple against the ruling.

It is likely to be the start of the next stage of a long process, which all sides accept will almost inevitably end up with a further appeal to the highest EU court, the European Court of Justice.

Ireland and Apple, through their own separate armies of lawyers and barristers, will in the simplest of terms seek to have the commission’s ruling annulled.

According to a 2017 document published on the court’s website, the Irish side’s chief arguments, amongst other things, is that the commission made errors of assessment in misunderstanding Irish law and the relevant facts.

It is claiming that the tax rulings of 1991 and 2007 did not involve a departure from Irish law and simply applied the relevant tax rules. The Irish legal team is also alleging that the commission made manifest errors in its assessment of state aid, in particular relating to its view that the two Apple subsidiaries were granted an advantage, as both did not pay any less tax than was due under the law.

For its part, Apple also claimed in its appeal application to the court in 2016 that the commission made mistakes in interpreting Irish tax law, in its assessment of the company’s activities outside Ireland and its operations inside the country.

It also alleged that the commission failed to prove that Apple was treated selectively.

Apple is also likely to make the argument that in Ireland it pays taxes for the functions it does here.

But the vast bulk of its taxes are due in the US, because that is where the company generates the intellectual property, develops the products, designs them and engineers them.

That income during the period in question though was subject to deferred tax in the US and Apple made provision for it in its accounts.

In December 2017, the US ended the system of deferred tax.

Apple then started paying $37bn in tax on foreign profits, as it has always anticipated.

$21bn of this sum is related to the time period covered by the Commission's decision.

What about the €13bn? Where is that now?

Well after a protracted wait, in September 2018 the money was finally all put into an escrow account that was set up by the Government.

Apple deposited a total of €14.3bn into the account, which represents the full recovery €13.1bn in unpaid taxes plus interest of €1.2bn.

The money is being managed by Amundi, BlackRock Investment Management and Goldman Sachs Asset Management.

They are making low-risk investment decisions and the Irish taxpayer is protected from any losses.

Just as well, because last year it declined in value by €16 million.

But wouldn’t we like to get our hands on the cash?

That would seem like a great idea on the face of it, and one advocated by quite a few politicians.

At a time when we are facing significant economic uncertainty with Brexit, a global economic downturn, trade wars and more, €14.3bn would go a long way towards resolving many problems.

However, that would only be a short term gain and may only go to reinforce claims that Ireland is a tax haven - something the Government strongly denies.

In the long-run the argument made by other politicians and experts is that Ireland would be far better off if it and Apple won their appeals.

This would protect Ireland’s reputation and send a strong message out to the international investment community that Ireland is a safe place to invest, they claim.

Of course, there is much change afoot in the international corporate tax environment anyway, particularly through the OECD.

Within the country too, the Government has taken steps to clamp down on corporation tax loopholes.

So while a €14.3bn windfall might seem very attractive, for a small open economy like ours that is so dependent on inward investment and a reputation for doing clean business, it actually could prove massively damaging.

The stakes are very high for all concerned and the next hand will be played on Tuesday morning in Luxembourg.