When he first cut his teeth in politics, a young Micheál Martin was given advice from Cork’s Fianna Fáil figurehead of the day, the late Joe Walsh: "Be prepared for the long road for the long term."

The Fianna Fáil leader knew he was in for a very long road indeed when two decades later he took on what many believed to be the most difficult job in Irish politics - the leadership of a party that had reached rock bottom.

Patience was needed more than anything else for the step-by-step process that was required to recover the party from its near wipe out in 2011, to a position where it was once again a viable contender for government.

Despite early successes with changes to the party structure, replenishing its finances and becoming the lead party in the 2014 local elections, the Fianna Fáil recovery has failed to maintain momentum under the current "half way house" arrangement, where it is not in government but also not fully out. 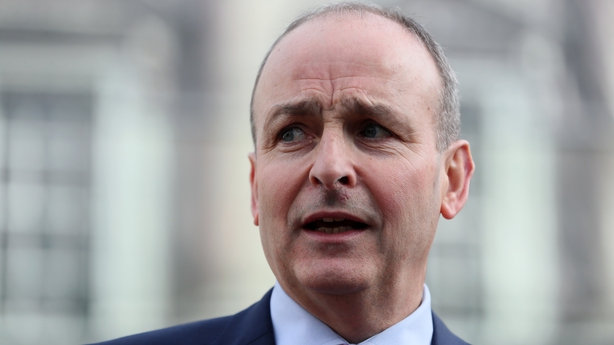 When he addresses delegates for his party’s Ard Fheis this weekend, the Fianna Fáil leader will be conscious that his own patience is not matched by the majority of his party.

Restlessness and frustration with the Confidence and Supply Agreement which keeps Fine Gael in power has increased in recent weeks.

It crystallised around Wednesday’s no-confidence motion in Minister for Health Simon Harris.

The often vicious Dail debate left Fianna Fáil at times acting as a shield for the Government against Sinn Féin attacks.

It exposed the thankless nature of the party’s current position where it has to endure the worst of what Government and opposition have to offer.

At best, they did it through gritted teeth.

It was, according to one TD a "necessary evil", while Limerick TD Niall Collins said it was a "bitter pill to swallow."

John McGuinness, who has long since gone rogue on the Fianna Fáil strategy, said the no-confidence motion was "putting the Government on notice - notice to quit."

But on the other hand, the motion gave Fianna Fáil a chance to articulate its rationale for staying part of the deal - that it is acting in the national interest by ensuring political stability as the threat of a no-deal Brexit looms. The party’s Finance spokesperson Michael McGrath was speaking to the party grassroots as much as anyone on Wednesday when he said to cause an election now would be an act of national sabotage.

"It’s fine for Sinn Féin and others to play games but the responsibility falls to us, as a mainstream party that wants to return to power, to show it is able to exercise responsibility to do so," he said.

That message to stay the course and the assertion that it is acting in the national interest will be central to the Ard Fheis.

The party can look to some silver linings.

It now has the expectation of winning three seats in the European Parliament elections, from a position of none.

But following the events of the past weeks, many in the party believe this will not be the last time that voters will go to the polls in 2019.

The party's tone has no doubt hardened, and the ballot boxes are not far from anybody's mind.