Tomorrow in Jerusalem, the United States will open its new embassy. Israel has planned a day of ceremony and celebrations to mark the occasion. Palestinians say it will be "a day of rage."

Washington's decision to move the embassy from Tel Aviv to Jerusalem is a controversial one.

Last December, President Trump reversed decades of US policy and formally recognised Jerusalem as the capital of Israel.

He pledged to move the embassy as part of this policy shift.

US President Donald Trump has reversed decades of US policy and recognised Jerusalem as the capital of Israel - Read more: https://t.co/a9ovn3BVW3 pic.twitter.com/J2xySKffOr

The decision was met with widespread international condemnation. The UN General Assembly passed a resolution rejecting the US recognition of Jerusalem as Israel's capital; 128 countries voted in favour of condemnation while only nine voted against.

Jerusalem has been fought over for thousands of years, and it is sacred to Jews, Christians and Muslims.

In 1947, the UN proposed international rule for the city but this never came to pass.

Instead the city was divided between Israeli and Jordanian rule.

Following the 1967 war, Israel captured East Jerusalem from Jordan and later declared it the capital of the country.

Part of the new embassy will lie in the lands seized by Israel in 1967; an area that is still considered occupied territory by the United Nations.

Many countries believe that moving the US embassy to Jerusalem will significantly undermine the peace process between Israel and Palestinians.

Palestinians want East Jerusalem to be the capital of a future new state for their people.

Tomorrow's opening ceremony is timed to coincide with the 70th anniversary of the creation of Israel.

The same date is known to Palestinians as the Nakba or Catastrophe.

It marks the displacement of hundreds of thousands of Palestinians, who fled or were forced from their homes when the state of Israel was established.

This year it will also mark the culmination of a six-week campaign demanding that Palestinian refugees and their descendents be allowed to return to those homes which are now in Israel. 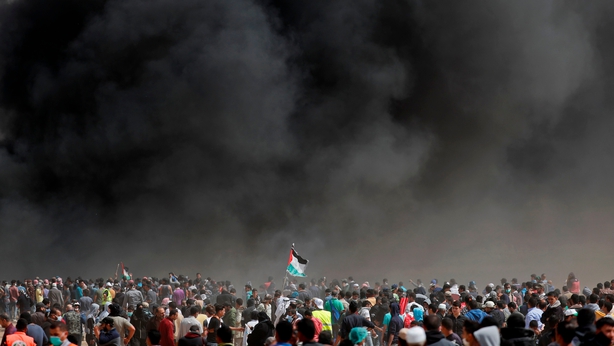 The March of Return campaign began on 30 March and has involved thousands of residents from Gaza travelling to the border with Israel to protest.

Two million Palestinians in Gaza have been under economic blockade since 2007 and ordinary life has become increasingly difficult, with rising unemployment, a contaminated water supply and daily power cuts.

The March of Return campaign has attracted huge support among Gaza residents but Israel has accused militants of trying to carry out attacks under the cover of mass protests.

Troops have fired on the demonstrators. Dozens have been killed. Thousands have been wounded. No Israelis have been hurt.

The United Nations Secretary General Antonio Guterres and the European Union have called for an independent investigation into the deaths.

Israel has rejected such calls, saying its open-fire rules are necessary to protect its border. 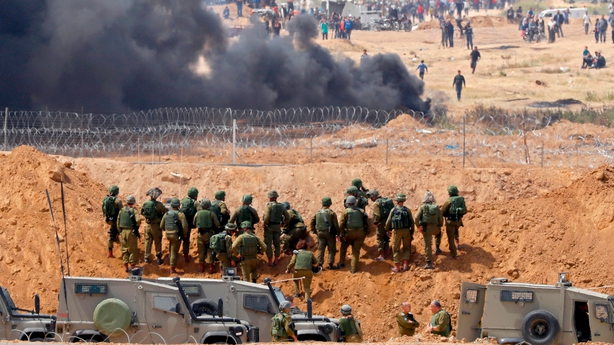 All of these coinciding events - the culmination of the March of Return campaign, the official opening of the new US embassy in Jerusalem, the 70th anniversaries of the creation Israel and of the "Nakba", make for an explosive mix.

Many fear it may ignite a wave of violence.

The Israeli Defense Minister Avigdor Lieberman has welcomed the embassy move but warned that "Nothing is free, and the opening of the US Embassy in Jerusalem will come at a price, and it is worth paying it. We should be prepared to pay a price."

The leader of Hamas in Gaza, Yahya Sinwar, has said that this week’s protests would be "decisive."

"What's the problem if hundreds of thousands storm this fence?" he asked.

"The Gaza Strip is like a hungry tiger that has been starved and left in a cage for 11 years," he said. "Now the tiger is loose, and nobody knows what it will do."