Christmas is already a distant memory for most people but TDs return to Leinster House today for the first time since the seasonal festivities.

These are some of the issues that will both dominate debate there and influence the thinking of politicians in the months ahead.

In March, TDs and Senators are expected to vote to hold a referendum, which will ask people if they want to repeal the Eighth Amendment of the Constitution. It recognises the equal right to life of the mother and the unborn.

The referendum is due to be held in either late May or early June. This remains one of the most emotive questions in Irish politics as evidenced by the reluctance of many politicians so far to reveal how they would vote in a referendum.

In December, there was praise for the Government after it secured guarantees that a hard border with Northern Ireland would be avoided after the UK leaves the European Union.

The test of these "bullet-proof" guarantees will come in the next round of talks, which will focus on trade. Already there have been warnings from Fianna Fáil that the Government must not engage in megaphone diplomacy this time around.

The Confidence and Supply Agreement

This is the agreement between Fine Gael and Fianna Fáil that keeps the minority Government in place. Some regard it as brittle, while others point to its surprisingly enduring qualities thus far.

However, it is clear that it was damaged in November when an election was on the cards before then-tánaiste Frances Fitzgerald resigned. Whatever the talk of extending the deal, Fianna Fáil is currently rebuffing any overtures from Fine Gael by insisting the agreement only runs to next October’s Budget. 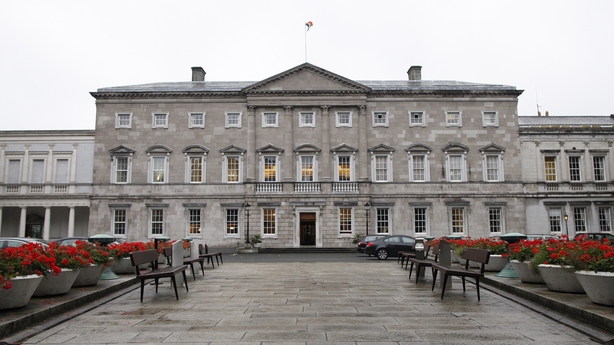 If you are looking for the definitive sign that an election is looming then it can be found in the car park of Leinster House. It comes in the form of a TD suddenly deciding to ditch their high-spec car for a more humble vehicle to demonstrate their ordinariness to voters.

There are as yet unconfirmed reports of this happening around the country during the Christmas holidays. If that is true it would be in keeping with the private view of many TDs that there could be an election inside the first six months of this year.

But the likely referendum on the Eighth Amendment and the fear of getting blamed for collapsing the Government could yet prove impediments to any plan to call a snap election.

If the Government can point to economic growth and decreasing unemployment rates as the major successes of its time in office, then housing and health must surely rank as the failures to date.

The number of patients on trolleys in hospitals reached a record level on one day earlier this month when 677 people were waiting on a bed. This stark fact is sure to be a focus for the Opposition this week.

The number of people becoming homeless also continues to increase. The latest figures show that more than 8,800 were without a home in November. This included 3,333 children.

The Government insists it will deliver on its housing targets this year. But the opposition has described the worsening figures as a national emergency. It is an issue that will be prominent again in Dáil discussions this term and it would be a key feature of any election campaign.