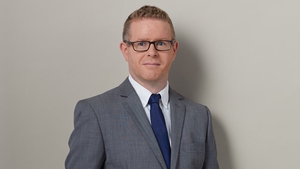 The HSE has reported a large increase in viral infections among children this winter amid concerns over a rare bacterial infection known as Strep A.

In response the HSE's Health Protection Surveillance Centre (HPSC) has contacted schools and childcare providers with information on Strep A infections.

Director of the HPSC, Dr Éamonn O'Moore, said: "It’s important to know that most children who get ill from Group A Strep infections will have a mild illness which can be treated with antibiotics.

"Group A Streptococci are a common bacteria that are often and usually relatively mild and self-limiting.

"They can cause infections like tonsillitis and pharyngitis and scarlet fever.

"There is likely a combination of factors as to why there has been a slight increase in infection this season, including increased social mixing following the pandemic compared to previous years as well as increases in other respiratory viruses.

"If anyone is unwell with winter virus type symptoms, stay at home to stop the spread, and this includes not sending sick children to crèche or school until they are better."

The following is advice from the HSE on Strep A infections, what to look out for and how to stop its spread.

What is Strep A?

Strep A or Group A streptococcus (GAS) is a common bacteria - lots of us carry it in our throats and on our skin and it does not always result in illness.

However, Strep A does cause a number of infections, some mild and some more serious.

The most serious infection caused by Strep A occurs when it becomes invasive.

That is when the bacteria gets into parts of the body where it is not normally found, such as the lungs or bloodstream.

This is called invasive Group A Strep (iGAS) and in rare cases it can be fatal.

Which infections does Strep A cause?

Strep A causes infections in the skin, soft tissue and respiratory tract.

While infections like these can be unpleasant, they rarely become serious.

When treated with antibiotics, an unwell person with a mild illness like tonsilitis stops being contagious around 24 hours after starting their medication.

The first signs of scarlet fever can be flu-like symptoms, including a high temperature, a sore throat and swollen neck glands (a large lump on the side of your neck).

A rash appears 12 to 48 hours later. It looks like small, raised bumps and starts on the chest and tummy, then spreads.

The rash makes your skin feel rough, like sandpaper.

What should parents look out for?

Strep A infections cause various symptoms such as sore throat, fever, chills and muscle aches.

As a parent, if you feel that your child is seriously unwell, you should trust your own judgement.

Call 999 or go to an emergency department if:

How is it spread?

Strep A is spread by close contact with an infected person and can be passed on through coughs and sneezes or from a wound.

Some people can have the bacteria present in their body without feeling unwell or showing any symptoms of infections and while they can pass it on, the risk of spread is much greater when a person is unwell.

How can we stop infections from spreading?

Good hand and respiratory hygiene are important for stopping the spread of many bugs.

By teaching your child how to wash their hands properly with soap and warm water for 20 seconds, using a tissue to catch coughs and sneezes, and keeping away from others when feeling unwell, they will be able to reduce the risk of picking up, or spreading, infections.

Making sure your child is up to date on all recommended vaccinations will help stop your child getting an infection and make them less likely to be unwell if they do get an infection.

The nasal spray flu vaccine is available for children aged two to 17 and helps protect against severe infection with flu and onward spread.

There is no vaccine against many viral illnesses or Strep A.