A neurology specialist at the Mater Hospital has warned of an increase in the number of patients suffering severe nerve damage after inhaling nitrous oxide gas.

Nitrous oxide, often referred to as 'laughing gas', is growing in popularity as a recreational drug. Inhaling it causes a quick ‘rush’, and feelings of euphoria lasting up to 30 seconds.

The gas has a number of industrial and medical uses.

While it is illegal to sell it to children, or to sell it for human consumption, it is easily obtained online.

Dr Esther Macken, a neurology specialist registrar at the Mater Hospital, has said she has treated six people for damage caused by the gas in the past 12 weeks. 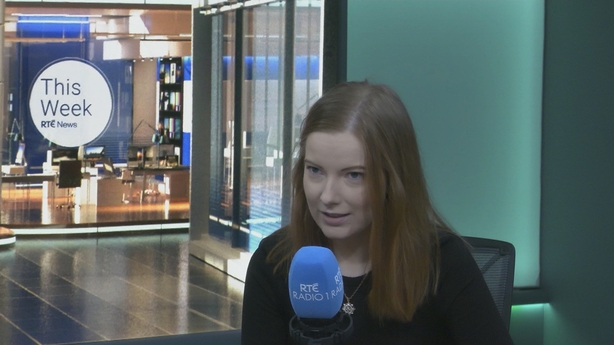 Speaking on RTÉ’s This Week, Dr Macken said that the gas causes a range of sensory issues in patients who have presented, including a numbness in their hands, feet and extremities, major issues with balance, problems with their heart rate, and mental health issues.

The gas deactivates vitamin B12 in the body, which helps to control the brain and the central nervous system. Inhaling it can cause irreversible health problems.

"A country that has, traditionally, been quite liberal in terms of its substance control, I think, will be the trendsetter for the rest of Europe.

"I expect greater restrictions to come into place in the likes of Britain and Ireland and I don't see many negative aspects to that," she said.

Community workers say use of nitrous oxide has increased since the pandemic, when other recreational drugs became more difficult to obtain. 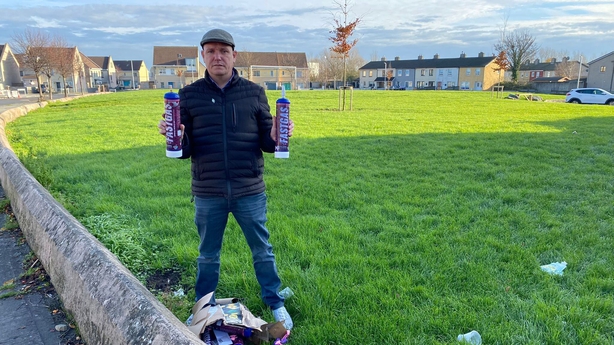 Several discarded canisters could be seen in a green area close to his constituency office in Clondalkin in Dublin.

"When they first came out, we used to see small single use canisters, known as silver bullets discarded around the place, but these have been replaced by large canisters which have super doses in them," said Mr Ward.

"Those large canisters are being sold on the street for €40 each."

He said their widespread use is resulting in some antisocial behaviour, litter and damage to people’s health. 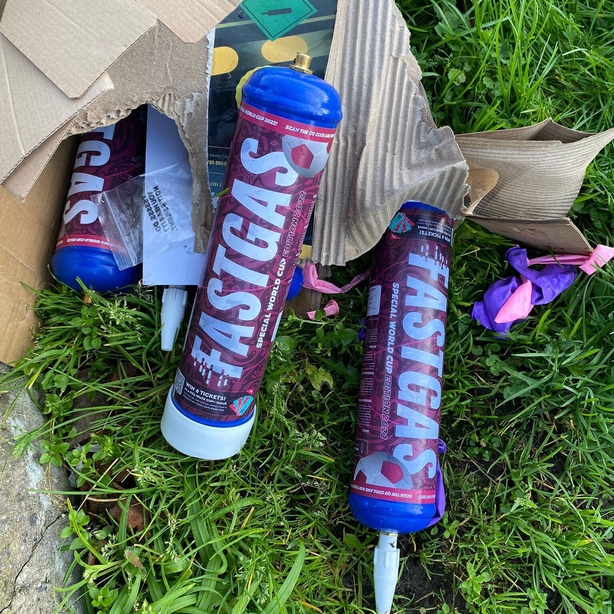 He said legislation should be introduced to prevent people buying the canisters on the internet for non-industrial use, or from unscrupulous dealers.

He said young people were experimenting with the gas, which can lead to further drug use later on.

"They don’t know what they are experimenting with. A young person taking these things is basically playing Russian Roulette, because they don’t know the effect that gas is going to have on them until they take it," he said.