A deadly landslide on the Italian island of Ischia has drawn increased attention to the problem of illegal construction, a widespread issue across the country.

Eleven people died and one woman remains missing after a wave of mud and debris swept through the small town of Casamicciola Terme, following heavy rains across the island, off the coast of Naples.

Environmental organisation WWF Italia said it was a "predictable tragedy, with specific causes and responsibilities".

It blamed the "repeated and irresponsible management of the island's territory which, with the acceleration of the effects of climate change under way, has now become a bomb primed and ready to explode".

"It sounds like hypocrisy to mourn the victims of recent days, when we continue to build where we should not."

Experts say that both illegal and legal construction, combined with deforestation, reduces the ability of the soil to absorb large quantities of water.

Buildings erected without permission is a widespread problem across Italy.

The minister for civil protection, Nello Musumeci, acknowledged this week that "the sad and widespread problem of illegal construction" is a subject that "can no longer be avoided".

But Ischia, an island of volcanic origin which suffered a deadly earthquake in 2017, is particularly vulnerable. 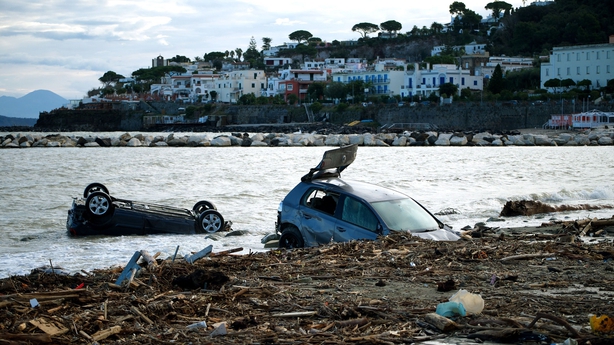 Environment Minister Gilberto Pichetto said "49% of the territory of Ischia is classified as at a high or very high risk of landslide... with more than 13,000 people living in these areas."

According to the latest report from the Italian Institute for Environmental Protection and Research (ISPRA), 93.9% of Italian communes are at risk of landslides, flooding or coastal erosion.

"You don't need to be a specialist to understand that illegal buildings cannot be tolerated, because they constitute a risk multiplier that goes far beyond the people that live there," said WWF.

Faced with unauthorised construction, successive Italian governments have often responded with amnesties, although the bureaucratic process is often so long and complicated that it can take years for a decision. 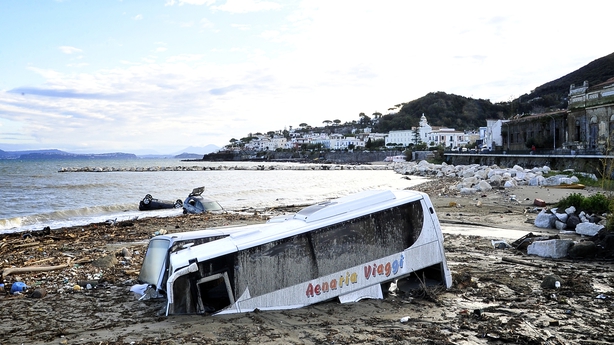 In Ischia alone, 27,000 requests for amnesties have been filed in recent years, according to Italian media reports.

And when the order finally comes to knock down an illegal building, its residents often find ways to avoid it.

In one case, the occupants of a condemned house brought children from across their family into the building, because the presence of minors nullifies the order, retired Naples prosecutor Aldo De Chiara told La Stampa newspaper.

The prosecutor, who specialised in the fight against illegal construction, said that in other cases, "when the police arrive, they find in the illegal rooms, whether the veranda or the living room, patients on IV drips like in a Swiss clinic".

However, others see illegal construction as a scapegoat.

"When there is a landslide in the north of Italy we talk about climate change, when it is in the south, we talk about illegal construction," said Sergio Piro, who runs three hotels on Ischia, including one in Casamicciola Terme.

"It's true there is illegal construction, but in this case it was a section of the mountain that came off because there had been no preventative work, in particular of drainage canals," the 47-year-old told AFP.

He noted other parts of the island were not as affected after last weekend's bad weather.

The torrent of mud passed a few hundred metres from Mr Piro's own house: "I heard a huge noise when this torrent of rocks and soil hit the first houses."