A woman who poured boiling water over her 20-month-old son causing him permanent, disfiguring scarring has been sentenced to nine years in jail with the final two years suspended.

Mr Justice David Keane accepted the woman was suffering from a mental disorder at the time of the offence although it did not reach the necessary threshold for the defence of insanity.

He said mental illness may reduce culpability even when the offender acted deliberately.

The woman, who cannot be identified to protect her children's anonymity, was originally charged with two counts of attempted murder on 9 October 2019 at her home.

Those charges were later dropped after she pleaded guilty to intentionally or recklessly causing serious harm to one of the two children.

She also pleaded guilty to producing a large kitchen knife in a manner likely to unlawfully intimidate another person on the same occasion. She also admitted falsely imprisoning a social care worker on the same date and location.

Mr Justice Keane paid tribute to the social care worker who brought the boy and his brother to safety after the incident for her "remarkable presence of mind" and for the courage she displayed in protecting the boys and getting them out of the house.

He also paid tribute to the boys' foster parents whom he described as "impressive".

At a previous hearing, the court was told that a social care access worker was supervising a visit by the two boys, who were in foster care at the time, at the accused's home on 9 October.

One of the boys was in the living room with her and the other boy was in the kitchen with his mother.

The access worker said she could hear the child in the kitchen "babbling" but then he went quiet.

She immediately got a feeling that there was something wrong and went into the kitchen and found the boy soaking wet and looking shocked.

The care worker lifted the boy and felt that his skin was hot. She then saw the woman standing with a kitchen, knife in her hand and was saying: 'I want to kill my children'.

The social care worker went into the living room and tried to block the woman’s entry while calling emergency services.

The care worker could see blisters forming on the boy’s face and realised that the noise of an appliance which she had earlier heard in the kitchen was the sound of a kettle being repeatedly boiled.

She then realised that boiling water had been poured over the child.

The woman managed to force her way into the room and held a knife to her chest, while saying a number of times that she wanted to kill her children and herself.

The care worker stood behind a couch with the children, while leaving the phone line open to the emergency services.

She also asked the woman to pray in an attempt to deescalate the situation and they prayed together. The care worker had tried to take the knife from the accused but she would not let it go.

The social care worker made two attempts to unlock the front door, as blue lights from an arriving patrol car became visible. However, the woman re-locked the door each time.

On the third attempt she managed to open the front door and ran from the house carrying the injured boy and pulling his brother with her.

The care worker believed that the accused had planned the incident, as she had been behaving unusually and had been trying to entice the children with biscuits into the kitchen and upstairs.

When gardaí arrived, the accused was standing in front of her house with the knife in her hand and said several times: 'I tried to kill my babies, I wanted to kill myself'.

She then placed the knife on the ground and walked out to the gardaí.

The accused was later admitted to psychiatric care in hospital, where she remained for a week.

She later told gardaí in interviews that she had a mental problem, that she had not taken her medication and that her mood was very low.

The court heard that the woman has no previous convictions but had been detained on several occasions under the Mental Health Act 2004.

The boy was taken to hospital where he was treated by a consultant plastic surgeon.

Approximately 18% of his total body surface has been left with permanent scarring and he remained in hospital for almost six weeks.

He had to be intubated and was in intensive care and his wounds had to be dressed under general anaesthetic in theatre twice.

A feeding tube had to be inserted to feed him directly into his stomach as it was not possible to fit a nasogastric tube to the skin on his face.

He suffered severe deep dermal burns over 18% of his body, which have left him with permanent disfiguring scars.

He requires daily treatment for his skin and suffers from night terrors and is fearful of loud voices and strangers, his foster parents said.

At the sentence hearing last July, defence counsel, Anne Rowland SC, that her client was in a psychiatric hospital for much of the first two years of the boys' lives and that she had not taken her antipsychotic medication for three days prior to the incident.

However, the defence of insanity was not available to the woman because of the high threshold required for such a defence, but she asked the court to have regard to her psychiatric history.

She said the accused suffers from a combination of acute depressive symptoms and a mild intellectual disability. She said she had been hospitalised eight times previously.

The court heard however there was no evidence of the accused experiencing psychosis on admission to hospital.

The prosecution said the appropriate sentence ranged between 15 years and life imprisonment.

The judge suspended the final two years of the sentence and back dated it to October 2019 when the woman first went into custody.

The judge said he took into account the aggravating factors, such as the severity of the harm, the breach of trust, the protracted ordeal and that the assault was premeditated.

Another aggravating factor was the fact that the woman had stopped taking her medication and failed to inform her community mental health team and the social care worker that she was feeling unwell, as she had done many times in the past.

In mitigation he took into account her guilty plea, her apology and the fact that prison would be difficult for her given her ethnicity, her limited English language, her depressive disorder and her social isolation.

The judge took into account her psychiatric history. A medical report said she had a predisposition to post-natal psychosis and a depressive illness, due to a previous history of having to leave a war-torn country having been raped and had move to Ireland alone at the age of 20.

The judge sympathised with the foster parents on the trauma they experienced in dealing with the "dreadful injuries" to their foster child. He noted they maintained a constant presence in hospital during the six weeks the boy was a patient and both gave up work for months to care for him.

"I offer my sincere best wished through them to (the boy) for continuing recovery and to both boys for their future happiness in the care of such impressive foster parents," he added.

The judge also sympathised with the social care worker "in respect of the most appalling incident she witnessed and commend her on the remarkable presence of mind she demonstrated in dealing with (the defendant) and in protecting the boys and contacting the guards."

"I commend her for the courage she displayed in protecting them and getting them out of the house. There can be little doubt that her response averted an even greater tragedy."

He also commended the gardaí who responded "so promptly and dealt with the incident so professionally when they arrived".

Last July the court heard victim impact statements from the foster mother to the boys, who said the boy became "a different child" after the attack. 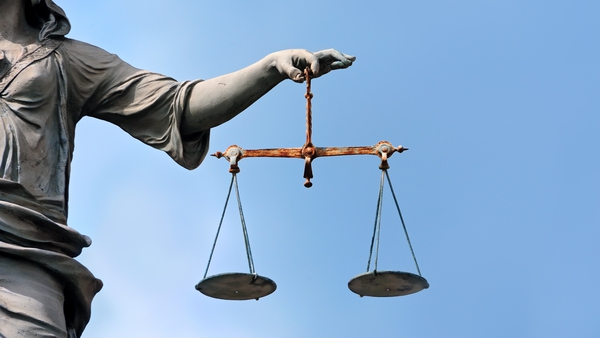 Boy like 'a stranger' to his brother after attack by mother