Stormont has been urged to activate an emergency payment scheme following flooding across the northwest.

Homeowners and businesses in Derry and Strabane have today been assessing water damage.

Police said a number of roads in the Derry and Strabane areas were this morning still flooded and impassable.

The Northern Ireland Fire and Rescue Service said it received more than 100 emergency flood-related calls between 7pm yesterday evening and 1.30am this morning.

It resulted in the service responding to 49 operational incidents. 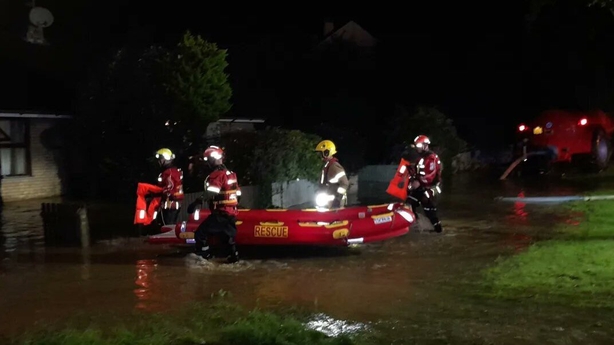 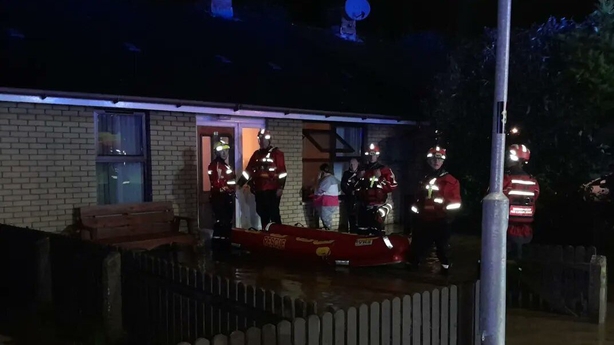 One person was rescued from a vehicle stranded in water, and five people were brought to safety after they had become trapped in flooded properties.

Some areas of the emergency department of Altnagelvin hospital in Derry were temporarily closed because of the heavy rain.

The Foyle Maritime Festival ended its programme of events yesterday evening for health and safety reasons.

Flash floods here in Derry, lots of roads flooded. Be careful if you are driving. pic.twitter.com/EGHJtJgUch

Meanwhile, a Yellow Rain warning was issued by the UK Met Office for Antrim, Armagh, Down, Fermanagh, Tyrone, Derry today.

Heavy showers or longer spells of rain with some thunderstorms are forecast and will likely cause some travel disruption and flooding.

SDLP Foyle MLA Mark H Durkan said it had been a "desperate and difficult night" for people fighting flooding to protect their and their neighbours' homes and property.

He said he has written to Stormont Communities Minister Deirdre Hargey to request she urgently activates the Emergency Payment Scheme for Flooding to get money to householders.

"People from across our districts have shown immense community spirit yesterday and today and I want to thank them for it. From firefighters doing everything they can to rescue people and prevent the destruction of property to people who went out of their way to provide their neighbours with sandbags and support," he said.

"We now need to accelerate flood-alleviation schemes and there needs to be a sharp review of flood preparedness.

"Many people struggled to get sandbags yesterday as flood water entered their homes and they are rightly frustrated at what has happened to them.

"Lessons must be learned quickly but the most important thing remains getting immediate support to those dealing with the aftermath of this."

DUP Foyle MLA Gary Middleton said the heavy rain has had a "devastating impact" on many properties across the area.

He said several businesses have been damaged by flooding in the Eglinton area.