Minister for Foreign Affairs Simon Coveney has had a 'warm and friendly' phone call with the new Secretary of State for Northern Ireland Shailesh Vara.

Minister Coveney, who is in New York on UN Security Council business, and Secretary Vara know each other from when Secretary Vara previously served as a Minister of State for Northern Ireland in 2018.

Congratulations to @shaileshVara on becoming U.K. Secretary of State for Northern Ireland.
We had a warm & constructive phone call today & I look forward to meeting in person next week.
I hope we can work to rebuild a partnership between U.K. & Irish governments in weeks ahead.

Mr Lewis was among a revolt by Conservative ministers against Prime Minister Boris Johnson, who later announced his resignation.

Secretary Vara has been urged to work constructively and even-handedly to restore power sharing at Stormont.

The Assembly has been unable to function for several months after the DUP withdrew from the powersharing administration.

Jeffrey Donaldson has said his party will not nominate ministers until the UK government takes action against the Northern Ireland Protocol.

Mr Vara spoke with the leaders of the Stormont parties by phone this afternoon.

Sinn Féin's Stormont leader Michelle O'Neill said she told Mr Vara during their conversation that he has a "responsibility to work constructively and even-handedly to restore powersharing".

"I told him that he is the seventh British Secretary to fill the post under this Tory Government, and that while their priorities lie elsewhere, it is his duty for however short his tenure, to work constructively and even-handedly to restore power sharing," she said.

Ms O'Neill said she also told Mr Vara that she felt his predecessor had "undermined political stability at every turn".

"This included giving cover to those denying the public democratic representation at the Assembly they voted for, and refusing to respect the democratic outcome of the recent election," she said.

"The British government needs to accept its responsibilities and start working with all the Assembly parties, and the Irish Government to restore the Good Friday Agreement institutions, and stop placating the DUP who are in a needless stand-off which is unjustly punishing the public."

I have spoken with Shailesh Vara - the 7th Tory BSoS in a decade. I said for however short he's here, his duty is to respect the Assembly election outcome & to work constructively to get Stormont moving so a local Executive can set a budget & help workers & families

Earlier Mr Vara said it was a "huge privilege to return to the Northern Ireland Office as Secretary of State".

"Having served previously in the department I recognise the immense contribution of Northern Ireland, and its people, to the UK and I look forward to representing those interests at the Cabinet table," he said.

Mr Lewis announced his resignation early on Thursday, tweeting a copy of his resignation letter in which he told the Prime Minister that he had "given you, and those around you, the benefit of the doubt".

"We are, however, now past the point of no return," he said.

"I cannot sacrifice my personal integrity to defend things as they stand now. It is clear that our Party, parliamentary colleagues, volunteers and the whole country, deserve better," he said.

A decent and responsible Government relies on honesty, integrity and mutual respect - it is a matter of profound personal regret that I must leave Government as I no longer believe those values are being upheld.

I have submitted my letter of resignation to the Prime Minister. pic.twitter.com/EG6u52BdDc

Northern Ireland Office Minister Conor Burns indicated he will remain in post, tweeting that he will lead for the government at a meeting of the British-Irish Council.

"It is vital at this time that the job at the Northern Ireland Office continues to be done," he said.

"I am committed to continuing to serve the wonderful people of Northern Ireland to the best of my ability at this tough time."

Today and tomorrow I will lead for the UK Govt at the meeting of the @BICSecretariat. It is vital at this time that the job @NIOgov continues to be done. I am committed to continuing to serve the wonderful people of Northern Ireland to the best of my ability at this tough time.

The Stormont Assembly remains collapsed amid a row over the Northern Ireland Protocol.

The DUP is refusing to nominate ministers to the executive or a speaker to allow the Assembly to function until the UK government takes action on the post-Brexit arrangements.

Ms O'Neill was also critical of Mr Lewis over his proposed bill for dealing with Northern Ireland's troubled past.

The Northern Ireland Troubles (Legacy and Reconciliation) Bill offers an effective amnesty for Troubles crimes for those who co-operate with an information body.

She added: "He has undermined the Good Friday Agreement and political stability, and his actions gave us a daily reminder why those with no mandate or votes here will only ever act in their own political interests, and not ours.

"The political stability of the North cannot be a hostage to the Tory-in fighting, Westminster chaos and continued DUP disruption."

Mr McCord said: "He (Mr Lewis) has betrayed the victims of the Troubles with the Legacy Bill that gives an amnesty to murderers.

"Brandon Lewis decided to reward the murderers with amnesties for the murders they committed, and punish the victims and their families by ensuring all routes to justice and even civil cases are closed down.

"He insulted all victims by claiming it would help us.

"He certainly will not be missed by victims."

Doubts over plan to override protocol

The British government will attempt to push ahead with plans to effectively tear up parts of the Northern Ireland Protocol despite Mr Johnson's impending departure.

The line-by-line scrutiny is then expected to continue on 18 July and conclude on 19 July, two days before the summer recess for the Commons.

But the Bill will still have report stage and third reading to clear in the Commons and all stages in the House of Lords, which means Mr Johnson's replacement as Conservative Party leader and Prime Minister could halt its progress.

DUP MP Ian Paisley told the Commons: "I welcome the fact that the leader has not listed any business on the Northern Ireland Protocol for 12 July, given that there will be celebrations about the glorious revolution taking place on that day and a number of Northern Ireland members would not be available." 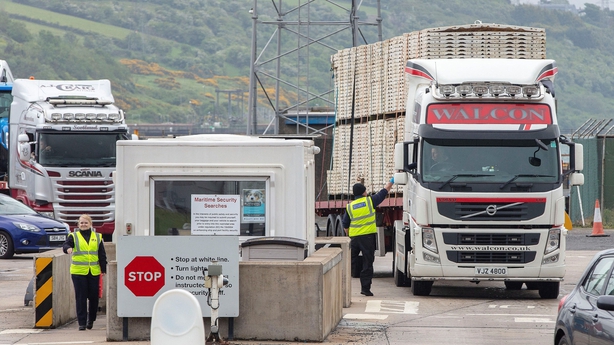 After he welcomed the three days scheduled on the bill, Mr Paisley asked: "Can he confirm that, as personalities are changing at the top, that the policy on this matter - the Northern Ireland Protocol Bill - will not change and it's the government's intention to complete this business by the end of this particular session?"

Mr Spencer replied: "I can assure (Mr Paisley) that the bill will continue on the dates that have been announced.

"He will be aware it's a Foreign Office Bill and the Foreign Secretary (Liz Truss) remains very much in her place and I hope he'll be in his place to scrutinise the Bill as it progresses."

Mr Johnson's government has said the measures to remove checks on goods and animal and plant products travelling from Great Britain to Northern Ireland are necessary to safeguard the Good Friday Agreement and peace and stability.

But his predecessor in No 10, Theresa May, has led the criticism from the Tory benches and delivered a withering assessment of the legality and impact of the bill during the second reading debate.

Mrs May made clear she would not support the legislation and warned it will "diminish" the UK's global standing.

Other Tory MPs joined Mrs May in expressing concern, although they opted against seeking to block the bill at second reading and instead appear likely to seek amendments.