The heavily-signalled UK threat to introduce legislation to breach the Northern Ireland Protocol has been greeted with dismay, even disbelief, in Brussels.

One diplomat from a large EU member state said they were "baffled" by the "reckless" UK decision at a time when the West had been standing shoulder to shoulder against Vladimir Putin in defence of international law.

There is widespread scepticism at the substance of the UK's rationale, and even anger in some quarters that the UK is enrobing itself as the exclusive custodian of the Good Friday Agreement.

In short, capitals and EU institutions are suspicious that this is more about internal Tory Party machinations than about peace in Northern Ireland.

Add to that a sense of weariness that, at a time when there is a full-scale war in European soil, officials and diplomats are having to come back to the issue of whether or not GB sausages should be allowed to enter Northern Ireland.

That said, the EU has carefully prepared a low-key, if determined response.

Two weeks ago the European Commission circulated speaking points to member states, emphasising the need for western unity in the face of Russia’s war in Ukraine and pointing out that the Commission’s proposals from last October - on medicines, customs, agrifood checks and an enhanced role for Northern Ireland stakeholders and institutions - had the potential to deliver pragmatic solutions to the problems linked to the Protocol.

However, the EU will not shy away from reviving legal action against the UK, frozen last summer in order to give the technical talks some room, and if London persists in turning a bill into law, then that will be a "nuclear" option that will prompt robust trade retaliation.

That is seen as some way down the line. Brussels is adamant that the negotiations should continue, and Maroš Šefčovič, the EU’s chief negotiator, is likely to accept Liz Truss’s invitation to travel to London for a meeting of the high-level Joint Committee, the EU-UK body set up to manage the Protocol.

The view in Brussels is that there is a possible landing zone within the October proposals that the UK has never fully explored, partly because UK officials last autumn were prevented from moving back from last July’s Command Paper, London’s alternative to the Protocol which will effectively be given legislative effect under this latest move.

But those talks will be difficult, not least because the EU will feel it is negotiating under duress, and that without trust, now at a very low ebb, a "normal" negotiation will be impossible.

It is also very possible that the UK will publish the Protocol bill in or around the time that the Joint Committee meeting takes place.

Brussels and Dublin will now attempt to peel Northern Irish opinion away from London’s demands. Officials say that the real problem with the Protocol is the burden and cost of customs formalities and the notion that it creates a trade border in the Irish Sea.

Those issues can be addressed in the negotiations, say sources in Brussels, not perhaps entirely to the UK’s liking.

The fact that the UK has added the role of the European Court of Justice, VAT and EU state aid rules to their wish list of things that must be changed should be viewed as irrelevant to the process in that they are not primary concerns of ordinary voters and the business community in Northern Ireland.

That poses the question: if the notion of a trade border down the Irish Sea was sufficiently eroded by a more light-touch approach by the European Commission, would the DUP still refuse to enter the power-sharing executive for the sake of the ECJ? 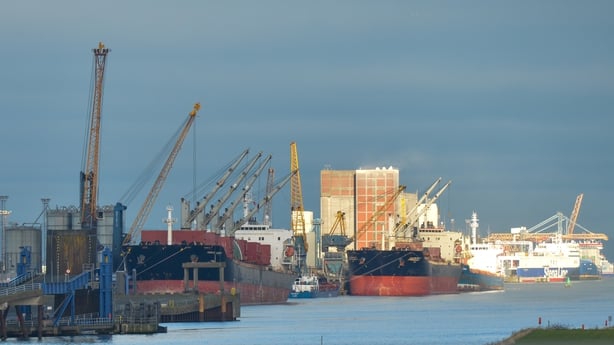 Jeffrey Donaldson, in setting out the DUP’s seven tests for going back to Stormont, included the demand that Northern Ireland has "democratic control" over EU single market rules that apply under the Protocol. Whether that amounts to stripping away the ECJ (a non-starter for the EU) remains to be seen.

The biggest problem is that the UK’s actions have further shattered trust - a prerequisite in any negotiation.

The Irish Government in particular strongly urged the UK not to proceed with the threat of legislation - to no avail.

Sources were also exasperated by Britain’s relentless trashing of the Protocol, repeating at every turn that the Good Friday Agreement was under strain, when a clear majority of MLAs actually support the Protocol.

The notion that the Good Friday Agreement eclipses the Protocol in some kind of "primordial" way, which reportedly is the British Attorney General Suella Braverman’s advice, is regarded as simply "bizarre".

Can agreement be reached that would obviate the threat of legislation? Officials believe there is a narrow window for negotiation between now and when the legislation is introduced, which is expected to be sometime before the parliamentary recess before the end of July.

Officials concede that the European Commission’s view has evolved during the period of time in which the Protocol has been in place.

In other words, there is a real-world picture of the true risk to the single market from goods entering Northern Ireland from GB, and that the full corpus of EU customs law need not be fully applied.

The EU believes that learning curve is reflected in the substantial easements on customs formalities enshrined in the October proposals, a set of papers that were not take-it-or-leave-it but which would be worked on by both sides.

However, the European Commission believes the UK has not properly "engaged" with those proposals so far.

The tone and content of Liz Truss’s speech do not suggest any great enthusiasm on London’s part. Ms Truss says the UK expects a "new, revised protocol".

To sources in Brussels, this means that London does not want merely to "disapply" parts of the Protocol, they want an entirely new one, a Protocol that the UK likes.

The idea that the UK wants EU leaders to come to the rescue and give Maroš Šefčovič a new mandate to negotiate a radically changed Protocol is greeted with disbelief in Brussels.

According to one diplomat, the Protocol is the EU’s mandate.