Former solicitor Michael Lynn has told his trial for the theft of almost €30m that he had waited a long time to tell his story and was not making it up as he went along.

Mr Lynn has pleaded not guilty to 21 counts of theft from seven financial institutions.

He is accused of stealing over €27m by applying for multiple mortgages on the same properties.

He claims he had secret arrangements with senior people in the banks who were aware of all his loans and knew he was being given mortgages for properties in Ireland to fund developments abroad.

He told the court today that he and his companies paid for bankers to go on foreign trips and gave them spending money or bonuses of €5,000-€10,000.

He denied that he "fled" to Brazil before gardaí were due to interview him in Portugal in 2011.

Prosecuting counsel Patrick McGrath put it to him that he had resisted the Irish State’s attempt to have him returned to Ireland to face these charges for four years.

Mr Lynn said the delays were due to his own personal reasons followed by delays on the part of the Irish state.

His resisting was met with a bureaucratic nightmare, he claimed.

"Fault does not rest only with Michael Lynn," he said.

He said the Irish state had failed to provide a Portuguese translation of a key document and he had written to the authorities in Ireland several times in 2015 and 2016 offering his surrender if this document was provided.

He told Mr McGrath that he had written 10 times to ask for this document and said he was the one wallowing in a difficult prison.

He said he could not reach out to resolve matters when he was being "held under gunpoint in a hellhole prison."

He said Mr McGrath was "incorrect" to claim that the bureaucratic quagmire and the translation of the document were all part of his resistance to extradition.

He finally returned to Ireland on 28 February 2018.

The prosecution put it to him that he was presented with the book of evidence in his case shortly afterwards and had known what the prosecution case against him was since then.

Mr McGrath asked him why he had waited until he gave evidence in court this week to make allegations for the first time that he had secret deals with bankers allowing him to use loans as he wanted to invest in Portugal.

Mr McGrath said many of the people Mr Lynn claimed he had such deals with were now dead or unwell.

Mr Lynn told the court he did not say it in the High Court in 2007 because the head of Irish Nationwide, Michael Fingleton and others advised him not to.

He said he had sought disclosure of materials from his former property company Kendar and could not make such allegations until he had received it.

Mr Lynn alleges there are emails between him and bankers supporting his claims that he has not been able to access.

He agreed with the prosecution that he had never made this allegation in any document seeking the disclosure of materials from Kendar.

He said he was advised by lawyers that he was under no obligation to reveal his defence and was given legal advice not to reveal his hand.

He said the advice had been to get all the documentation first and then put his defence forward.

Mr Lynn also told the jury his claims had not been put to any of the banking witnesses in court because they were not the correct witnesses.

He said the banking witnesses who came to court were not involved in approving his loans and were "irrelevant".

"I know what I agreed with the banks. I know what this has cost me and I’ve waited a long time to tell this story," he said.

Mr Lynn was also asked about claims he made yesterday that bankers received direct payments from him on the side, in return for approving his loans.

He said that he and his company provided bankers with free flights and accommodation to places where they were developing apartments.

He said the bankers would have been given spending money when they were there.

He said none of the bankers who gave evidence in his trial received such payments as they were not high up enough in the bank to get that kind of treatment.

Earlier, Mr Lynn was asked by his own defence counsel, Paul Comiskey O’Keeffe what he was now living on.

He said he had been refused disability allowance because he had not provided evidence that he had been suffering from depression for a minimum of a year.

He said he and his wife were on supplementary welfare allowance and had support from their family. 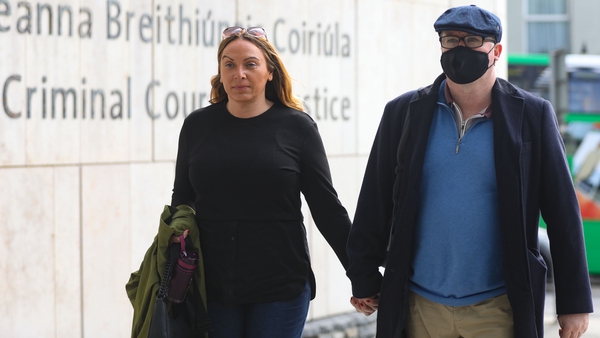