At least 33 people were killed in the strongest typhoon to hit the Philippines this year, with dozens more missing after the storm ravaged the country.

The typhoon has come late in the season, leaving more than 300,000 people having to flee their homes and beachfront resorts, with the area being very popular for visitors at this time of year.

Emergency services have been appealing for help as a large number of people have been left stranded after emergency evacuation centres were destroyed.

They warned the disruption to electricity would affect the food and water supply, raising concerns about hygiene and disease.

Scientists have long warned that typhoons are becoming more powerful and strengthening more rapidly as the world becomes warmer because climate change. 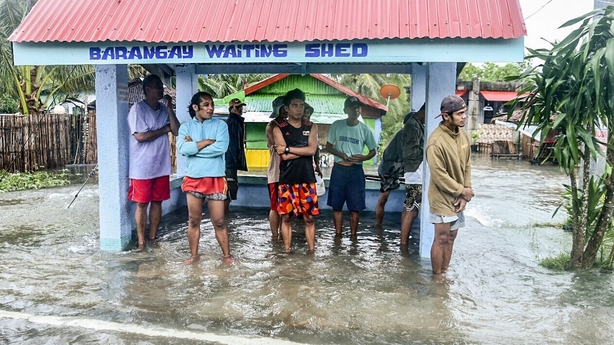 The Philippines has been ranked as one of the world's most vulnerable countries to the impacts of climate change.

Local weather forecasts predicted today that Vietnam looks set to be hit by Typhoon Rai next.