The Cabinet Economic Recovery Committee has concluded its discussions on the pandemic supports available to businesses.

It is understood that no decisions were taken at the meeting around extending the Wage Subsidy Scheme in its current form.

As things stand it is due to be reduced next month.

It also remains the Government position that the Pandemic Unemployment Payment will not reopen to new applicants.

The meeting also looked at issues relating to pensions and inflation.

It comes as the mood in Government ahead of tomorrow morning's Cabinet meeting is being described by some as "calm" and "considered".

There is a view that it will be next week before an analysis can be undertaken to see if the measures announced last Tuesday can cut transmission of the virus.

Several Government sources are indicating that there will not be any "knee-jerk" reactions even if the National Public Health Emergency Team (NPHET) is meeting this Thursday.

Some believe than any changes suggested on Thursday could be "minor".

The Cabinet will be updated in the morning on the trajectory of the virus, the number of people who have received booster vaccines and it will look at a proposal to make antigen tests more affordable.

The Chief Medical Officer, Dr Tony Holohan, this evening said the "incidence of Covid-19 is continuing to rise, and today, we are once again reporting a concerning number of confirmed cases". 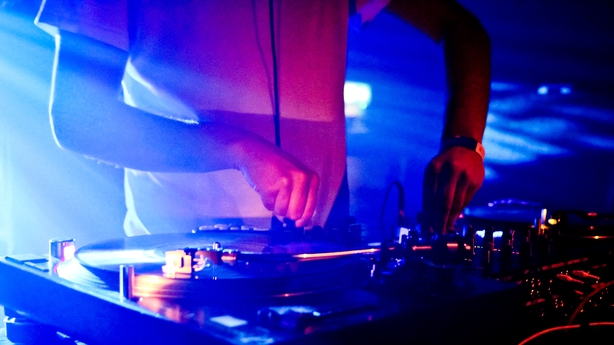 The Taoiseach earlier said the Government is conscious that the decision last week to impose a midnight closing time on pubs, restaurants and nightclubs has had an impact.

Micheál Martin said the ethos in which they have governed throughout the pandemic is to support enterprise, and in turn workers and employers.

This evening's meeting comes amid growing concern about the rise in Covid case numbers and increasing pressure on hospitals.

"This is the spirit in which we will look at this, this evening. I can't get into specifics, obviously we will be guided by the advice we receive. I know the Ministers for Finance and Public Expenditure will talk this evening," Mr Martin said.

On the question of maintaining the Pandemic Unemployment Payment at its current level, the Taoiseach said the numbers claiming it have come down to 60,000 from 600,000, but given the shortages of staff in the hospitality sector, the need for it would also be assessed tonight.

"As things stand, the feedback is one of a lot of vacancies in the hospitality sector and challenges in terms of recruiting staff, so that the balance that has to be weighed up in that regard."

Barbara Berman of the Berman and Wallace restaurant and catering company said that since people were told to work from home it was "like a deck of cards" with ten Christmas parties in the next four weeks cancelled.

Speaking on RTÉ's Morning Ireland, she said prior to that announcement, momentum had been building and the restaurant was "getting buzzed up again" with people coming back to work, but now breakfast and lunch for workers is down to 20% from around 50%.

Ms Berman staff are worried and it is critical the EWSS is maintained at previous levels.

Speaking on the same programme, Padraic O'Kane of the Sole & Fire restaurants in Dublin and the Round Room in the Mansion House said public confidence has diminished over the past fortnight, and while November and December had been strong for bookings, these are now "completely gone".

"There's just no work. It's a further setback for an industry that's already on life support."

Mr O'Kane said a typical Christmas party would employ around 100 people and supports for businesses need to be fully reinstated and said the Pandemic Unemployment Payment needs to return to its original level.

The first cut to the PUP took place in September, with the top rate reduced from €350 to €300 per week.

A further cut was introduced last week as part of the ongoing process of gradually winding down the payment.

People who were receiving €300 a week saw their payment fall to €250, while those on the €250 rate dropped to €203, the current maximum rate of jobseeker's benefit and allowance.

At its peak in May of last year, the PUP was being claimed by 605,000 people across a large range of sectors. 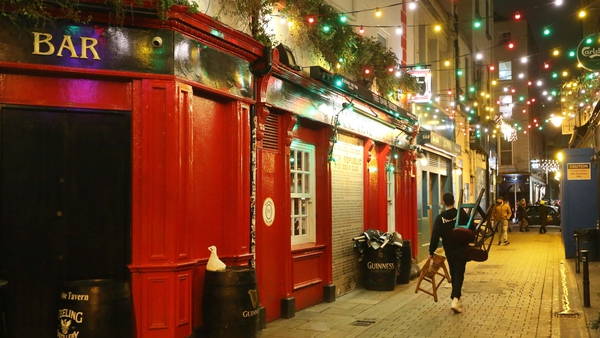