Minister for Foreign Affairs Simon Coveney has said evidence suggests the British government is preparing to trigger Article 16 of the Northern Ireland Protocol, as he warned that doing so could lead to a trade dispute between the European Union and the UK.

The minister said that Ireland needs to prepare contingency plans and will not be surprised now if this happens after the COP26 summit.

Speaking on RTÉ's This Week, Mr Coveney said "this would be a significant act that would damage relationships between Britain and Ireland and put extraordinary pressure on parties in Northern Ireland".

He said he has been given indications this is the course the British government will take by parties in Northern Ireland and from the European Commission.

Mr Coveney told This Week that "whether that is part of an ongoing negotiating strategy to try to change, amend or end the Protocol is hard to know, but certainly the signals are not good".

Mr Coveney said that Ireland's concerns at the potential move are shared by our EU neighbours.

The UK government has set the EU a December deadline to find a solution on the Northern Ireland Protocol, which was agreed as a way to maintain a free-flowing land border on the island of Ireland after Brexit.

The arrangement effectively keeps Northern Ireland inside the EU's single market for goods, resulting in some checks for products crossing the Irish Sea from Great Britain.

British Prime Minister Boris Johnson and Brexit minister David Frost have argued the EU's interpretation of the deal has led to difficulties which have created the condition to justify the use of Article 16 of the protocol.

Mr Coveney said that parties in Westminster should not underestimate the significance of triggering Article 16 to set aside significant elements of the Protocol, and it is not just a technical measures consistent with the Protocol as being suggested by Brexit Minister David Frost.

Instead, he said the move would deliberately force a breakdown in relationships and negotiations between the two sides "at a time when the EU is showing good faith in terms of compromise and flexibilities".

Mr Coveney said that Ireland will act together in solidarity with the EU but that if the UK refuses to implement the protocol and looks to set it aside "the EU will respond in a very serious way to that".

He said this will not mean the return of a hard border but could put in doubt the trade and cooperation agreement between the UK and the EU.

He said this agreement is contingent on the implementation of the withdrawal agreement, which includes the protocol.

Mr Coveney said the EU is in "solutions-mode and wants to compromise and has shown extraordinary flexibility in producing a formal paper which solves many problems with protocol implementation in Northern Ireland".

The minister said the British government is "deliberately asking for what they know they can't get" and regardless of how the EU has sought to find compromises, it has hardened its position and constantly raised new problems.

He said the UK's command paper is about re-writing the Protocol "entirely while knowing the EU can't and won't do that". 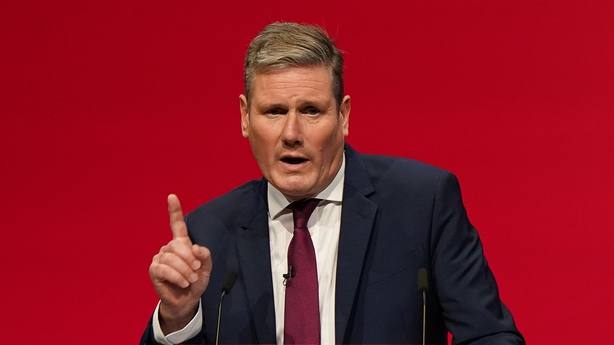 Britain has repeatedly warned that it may trigger Article 16, which allows either side to take unilateral action if they deem the agreement governing post-Brexit trade is having a strongly negative impact on their interests.

"I don't think that triggering Article 16 will resolve the dispute in relation to the Protocol in Northern Ireland," Mr Starmer told BBC Television when asked if he would support the government in taking that step.

Mr Starmer told the BBC's Andrew Marr Show: "Because of the way the protocol was drafted, because of what the Prime Minister signed, it is perfectly true that there are checks from Great Britain to Northern Ireland - we want to reduce those."

He added: "What I am saying is don't rip up the protocol because that has that very important central purpose, which is to protect the no border in Northern Ireland."

Mr Starmer said he wants to see "both sides sitting down and resolving this", adding: "There's a little bit of me, Andrew, I am afraid that can't help think that the Prime Minister is constantly trying to pick a fight on things like this so he hopes people don't look elsewhere in the forest, which are things like the Owen Paterson affair."

Mr Starmer said he wanted to "make Brexit work" when asked if he was prepared to renegotiate the deal to mitigate the predicted impact on economic growth. 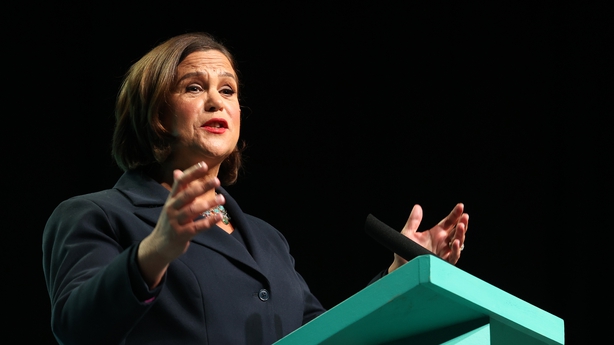 Meanwhile, Sinn Féin leader Mary Lou McDonald has warned the UK government that suspending parts of the Northern Ireland Protocol could endanger the wider Brexit withdrawal agreement with the EU.

On the prospect of the UK triggering Article 16, Ms McDonald said: "It would demonstrate just again colossal bad faith and demonstrate again that Ireland, the north of Ireland in particular, is collateral damage in the Tory Brexit as they play games and play a game of chicken with the European institutions.

"I would also say that if the British government imagine that they hold all of the cards they are wrong and they're playing a very, very dangerous game, up to and including perhaps jeopardising the entire withdrawal agreement."

Speaking on BBC NI's Sunday Politics programme, Ms McDonald said the EU proposals for addressing issues with the protocol had gone further than many had anticipated.

"But, you know, everything has its elastic limit," she added.

"If they don't, well, then the consequences, I think, will be very grave indeed."