Brendan Kennelly had been ill for a number of years and passed away Sunday at Aras Mhuire Community nursing home in Listowel where he had resided for the last two years.

He had moved back to his native Ballylongford in north Kerry in 2016 following decades in Trinity College Dublin where he was Professor of Modern Literature.

He was also a popular broadcaster making frequent appearances on radio and television.

He published over 30 books of poetry as well as works of prose and received numerous awards including the Irish PEN Award for Contribution to Irish Literature in 2010.

President Higgins said: "As a poet, Brendan Kennelly had forged a special place in the affections of the Irish people. He brought so much resonance, insight, and the revelation of the joy of intimacy to the performance of his poems and to gatherings in so many parts of Ireland. He did so with a special charm, wit, energy and passion."

He added: "With more than 30 collections, he leaves a major body of work, a legacy of teaching as Professor of Modern Literature at Trinity College Dublin, and the gratitude of so many younger poets whom he encouraged with honest and helpful critical advice."

Taoiseach Micheál Martin said on Twitter that the country has lost "a great teacher, poet, raconteur; a man of great intelligence and wit".

Very sorry to hear of the death of Brendan Kennelly.

The Irish people loved hearing his voice and reading his poetry. 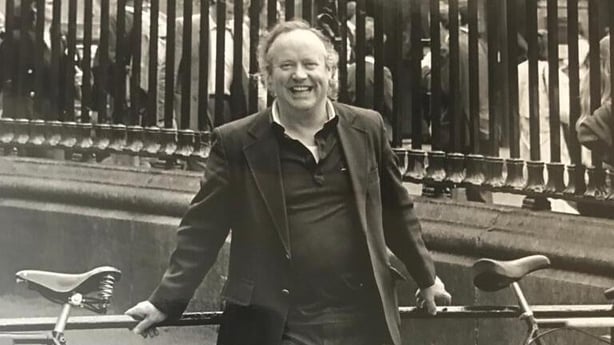 Trinity College Provost Linda Doyle said: "Brendan was known to generations of Trinity students as a great teacher and as a warm and encouraging presence on campus.

"His talent for and love of poetry came through in every conversation as did his good humour. We have all missed him on campus in recent years as illness often kept him in his beloved Kerry. He is a loss to his much loved family, Trinity and the country."

Brendan Kennelly is survived by his brothers Alan, Paddy and Kevin and by his sisters Mary Kenny and Nancy Mcauliffe and by his three grandchildren.

He was predeceased by his daughter Doodle.

Arrangements for a private family funeral are expected to be announced later.