Changes will be made to the governance structure of Sláintecare in the wake of recent high-level resignations, as the Government's commitment to universal healthcare remains "absolute and unwavering", according to Minister for Health Stephen Donnelly.

Part of this change will see the top civil servant in the Department of Health and Health Service Executive
CEO Paul Reid co-chair the new Sláintecare programme board.

The minister also intends to set up a taskforce to tackle waiting lists modelled on the vaccine taskforce "that has worked so well" over the past year.

Along with the Secretary General of the Department of Health Robert Watt, Mr Donnelly is due to address the Oireachtas Joint Committee on Health tomorrow morning regarding the implementation of the health service reform programme.

Sláintecare arose from an all-party consensus to reform the health service, but the recent resignations have led to claims that the requirements to achieve this change are lacking. 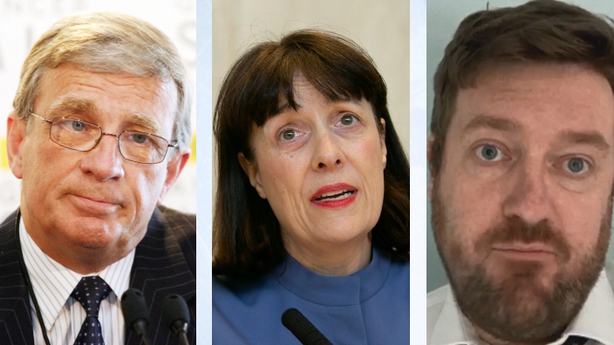 In his opening statement to the Oireachtas committee, Mr Donnelly will say that he regrets their resignations.

"In the first instance, I'd like to assure you all, and those who may be listening today, of my absolute commitment and the commitment of the Government to universal healthcare," he will say.

"That commitment is absolute and unwavering. Universal healthcare has never been achieved in Ireland and we are still far from it today."

Mr Donnelly will say that Sláintecare is important because it provides a pathway to timely and affordable healthcare access for everyone.

A new programme board will now be co-chaired by Mr Watt and Mr Reid.

This will ensure that the "drive for universal healthcare is fully embedded in both the Department of Health and HSE".

Investment of €1.2 billion in Budget 2021 for the health service has allowed increases in funding for a number of clinical strategies, increases in hospital bed capacity and increases in staffing numbers, according to the minister. 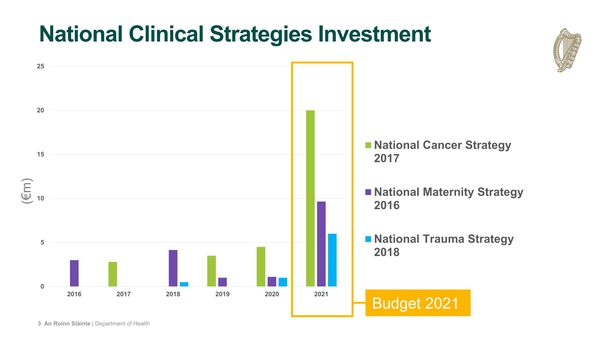 "Tackling waiting lists is my number one priority," he will say.

"They were terrible before Covid and have worsened since. People are living in pain. The long waits that many of our citizens face in order to access care are causing immense distress. I am setting up a Taskforce that will tackle waiting lists. It will follow the Vaccine Taskforce model that has worked so well."

His opening statement adds that these efforts to transform the health service are "ambitious" but that the Government is "up for that challenge".