A walking stick reputedly owned by Michael Collins has sold for more than five times its estimate at auction in Belfast.

The phone buyer, from the Republic of Ireland, purchased the stick for £52,000 (€60,000) plus fees at a sale at Bloomfield, a record for the auction house.

Police files tracking Collins' activities during the War of Independence also sold for £6,800 at the police and military-themed sale.

It was also bought by a phone bidder from the Republic of Ireland. 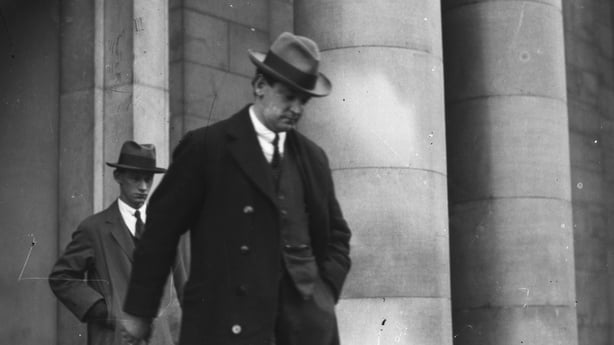 The intelligence reports on Collins, who led the IRA's fight against British forces in the War of Independence, were contained in a dossier of Royal Irish Constabulary documents that cover the period 1920 to 1922.

The Collins walking stick, which has a silver collar and tip, was accompanied by a letter of provenance.

Karl Bennett, the managing director of Bloomfield Auctions, said the stick had been estimated to go for potentially £10,000. 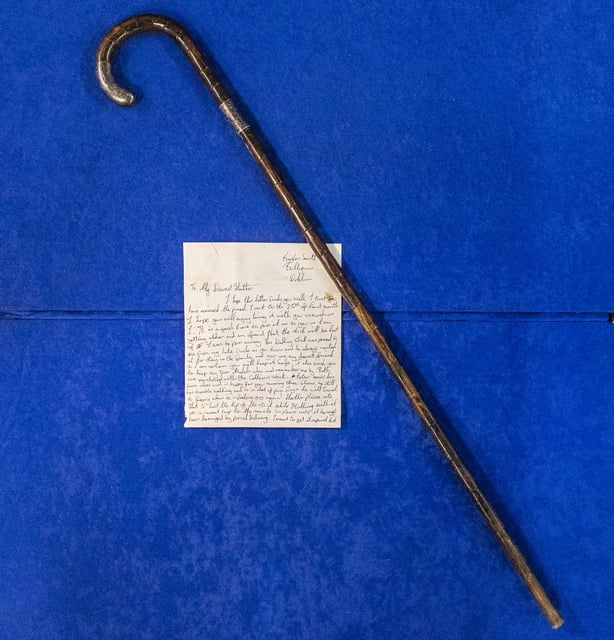 The stick was bought by an as yet unidentified organisation in the Republic of Ireland.

It is hoped it could be displayed publicly in the near future. The century-old artefacts related to the republican leader were among a series of historical lots that went under the hammer.

Other items included a service medal from the 1916 Easter Rising complete with its original box, which sold for £1,800.

A gate from inside one of the H blocks in the Troubles-era Maze paramilitary prison sold for £340.

Away from the island of Ireland, the auction also included two pieces from dining sets, a porcelain cream jug and a spoon, that would have been used by high-ranking Nazis Heinrich Himmler and Joseph Goebbels on their personal train carriages during the Second World War.

A drummer's belt worn by a Scottish soldier, Captain William McDonald of the 93rd Highlanders, recording every battle he fought in, including during the Crimean War, before his death at the battle of Lucknow in India in 1858 sold for £300 to a buyer in Scotland.

The sale also included a small bronze penal cross from 1729, an item designed to be easily hidden from view during a time when the practice of Catholicism was suppressed under the repressive penal laws.