The Government has welcomed the outcome of the Competition and Consumer Protection Commission's (CCPC) investigation into suspected price signalling by motor insurers in Ireland.

In a statement, the Government said it notes the CCPC's ongoing concerns regarding culture within the Irish insurance industry.

The Tánaiste and Minister for Enterprise, Trade and Employment, Leo Varadkar said he welcomes the fact that the CCPC is following up further with the Central Bank.

"The main thing we need to see now is a fall in premiums for motorists," he said.

Mr Varadkar said the upcoming Competition (Amendment) Bill is a priority this year for Government, as part of its overall commitment to reform the insurance sector.

"The new law will significantly strengthen the CCPC's powers, giving them the ability to administer significant fines for breaches of competition law.

"We will continue to implement our insurance reform plan, which is already making an impact on costs," he added.

A report published in June, shows that 34 of the 66 actions contained in that plan are now completed, including the introduction of new personal injury guidelines.

Earlier, Sinn Féin's finance spokesperson, Pearse Doherty, said the Government needs to strengthen the hand of the Competition and Consumer Protection Commission (CCPC) and bring forward legislation to allow fines to be issued.

The development brings to an end a five-year long investigation by the CCPC into suspected "price-signalling" by organisations operating in the insurance market - an anti-competitive practice where businesses make their competitors aware that they intend hiking prices.

Speaking on RTÉ's Morning Ireland programme, Mr Doherty said it is "disappointing" the CCPC did not take companies to court for breaching competition law.

"The signal that it sends out to the insurance industry is that the risk of doing this is worth it," he said.

He described what the outcome of the investigation means for the insurance sector.

"They have signed up to a legally binding agreement that in their eyes they won't do something in the future that they claim they never did in the past. That is not good enough. As consumers we need to be more protected," he said. 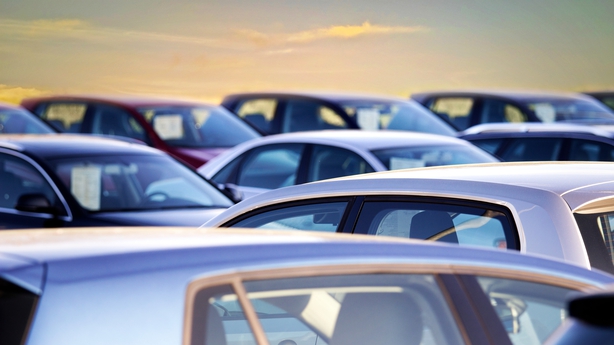 Brian McHugh of the CCPC said their investigation into suspected price signalling has brought about a positive outcome.

Speaking on the same programme, he said their goal was to "end the behaviours" that were causing concern.

He said they opened their probe after there was a lot of announcements around price increases and at this same time they observed large increases in premiums "which harmed consumers".

He said that practice has ended in terms of those announcements. "We haven't seen any since we opened our investigation and that's positive".

Mr Doherty said the CCPC is absolutely right about the culture of the industry and welcomes that they have raised their concerns about the sector.

He said the Government is largely to blame and said they committed a decade ago to bring in fines for breaches of competition.

He said they have missed the deadline and "it sends a bad signal out to consumers and a clear signal to insurance companies and others who are breaching the law, in my view, that the powers are not there and [this is] something the Government has not taken seriously".

The Donegal TD said the CCPC needs to use all its powers and it can take these insurance companies to court when they breach the law.

"It is not good enough to let these companies get away and say they won't do this anymore as people were fleeced during this period," added Mr Doherty.

Mr McHugh said six of seven companies they wrote to about their preliminary findings agreed that change is needed in this industry.

He said they are disappointed that Brokers Ireland declined to sign up to the agreement.

However he said overall there is a positive signal that the industry does want change.

He said they will keep monitoring the market and they will open an investigation if they find issues that cause concern.

"We don't have the power to make a finding in relation to a breach of competition law. We are hoping we will get additional powers and it is something Government is working on and we are anticipating we will see something this year in terms of legislation," said Mr McHugh.