At least 28 people were killed and dozens more were injured when a fuel tank exploded in northern Lebanon, the health minister said.

Military and security sources said that the army had seized a fuel storage tank hidden by black marketeers and was in the midst of handing out gasoline to residents when the explosion took place.

Lebanon is suffering from a severe fuel shortage, leading to long lines at gas stations and extended blackouts.

The disaster happened in the town of Altalil, in the Akkar region that is one of Lebanon's poorest areas.

About 200 people were nearby at the time of the explosion, eyewitnesses said. 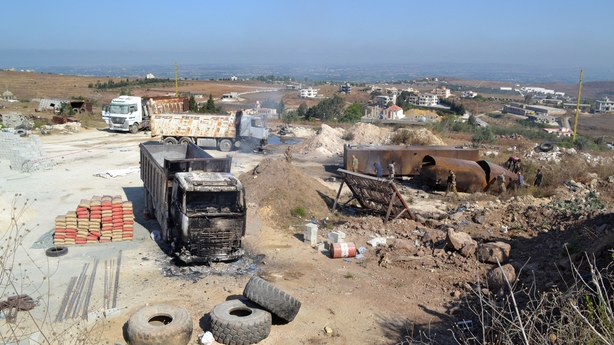 "We need urgent help to evacuate some of the injured abroad... there are cases (of burns) that are more than the ability of Lebanese hospitals to handle," he told Reuters.

Army and security forces personnel were among the casualties, sources said.

Accounts varied as to what caused the explosion.

"There was a rush of people, and arguments between some of them led to gunfire which hit the tank of gasoline and so it exploded," said a security source. 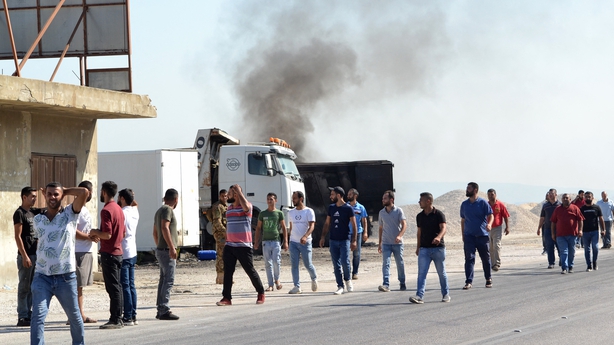 Local Al-Jadeed TV channel reported from eyewitnesses that it was caused by a person who ignited a lighter.

One of those injured, whose face and body was covered in gauze as he laid in Tripoli's al-Salam hospital, said he was in line to get gasoline.

"There were hundreds gathered there, right next to the tank, and God only knows what happened to them," he said.

The father of another casualty at the hospital said he had two other sons he still had not located.

The Red Cross said its teams were still searching the explosion site.

Angry residents in Akkar gathered at the site and set fire to two dump trucks, according to a Reuters witness. 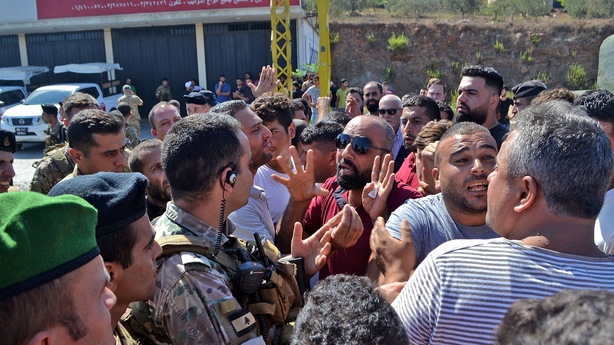 Some of the injured were sent to hospitals in nearby Tripoli, while others were sent to Beirut, said Rashid Maqsood, an official with the Islamic Medical Association.

The majority of the injured are in serious condition, said Dr Salah Ishaq of al-Salam Hospital. "We can't accommodate them, we don't have the capabilities. It's a very bad situation."

With Lebanon deep in economic crisis, hospitals have warned that fuel shortages may force them to shut down in coming days, and have also reported low supplies of medicines and other essentials.

"The Akkar massacre is no different from the port massacre," said former Prime Minister Saad al-Hariri on Twitter, referring to last year's massive explosion at the port in Beirut. He called on Lebanese officials including the president to take responsibility and resign.

Mr Hariri is the leading Sunni Muslim politician, the dominant religion in Lebanon's north, and has been in open opposition to Lebanese President Michel Aoun.

Mr Aoun expressed condolences, writing on Twitter that "this tragedy that befell our dear Akkar has made the hearts of all Lebanese bleed".

He added that he asked the judiciary to investigate the circumstances that led to the explosion.