Around 88kg of heroin, worth more than €12 million, has been seized at Rosslare Europort in Co Wexford.

Revenue officers detected the drugs yesterday afternoon as part of an intelligence-led operation.

The discovery was made when a truck and low-loader trailer, arriving into Ireland from mainland Europe, was stopped and searched.

The heroin was concealed in machinery being carried on the low-loader. 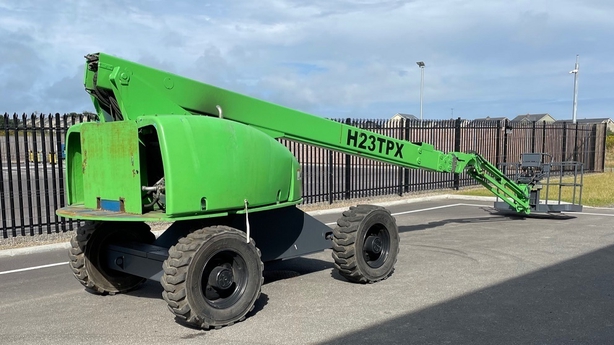 The search was carried out with the assistance of Revenue's mobile x-ray scanner and detector dogs Sam and Flynn, along with the Garda National Drugs and Organised Crime Bureau.

Principal officer with Revenue's Investigation, Prosecution and Frontier Management Division Mick Gilligan said the seizure was a result of a wide international investigation.

Speaking on RTÉ's News at One, he said it involved Irish customs and other EU countries looking at the movement of heroin and other illicit drugs in plants and machinery.

"We profiled such movements coming into Ireland and moving out and in conjunction with our international colleagues we had highlighted and profiled this particular consignment coming in."

He said the seizure is just one milestone in the investigation and inquiries are continuing throughout Europe.

Mr Gilligan said the size of the market for heroin in Ireland would indicate that 88kg would not be for the Irish market in full.

He said he is hopeful of other seizures with a number of customs and law enforcement agencies in other countries who are actively involved in various aspects of this investigation.