Minister for Foreign Affairs Simon Coveney has said that Katherine Zappone did not directly put herself forward for the role of UN special envoy for freedom of expression, but that he used his judgement to ask her if she was willing to take on the position.

Speaking on RTÉ's News at One, Mr Coveney said: "I contacted Katherine and asked her whether she would be willing to do this role, which is perfectly normal in terms of how special envoys are appointed".

Mr Coveney said that no one else was considered as the minister thought Ms Zappone would be very good "as we had someone who was a former government minister, who lives in New York and has campaigned all her life on issues of freedom of expression, on human rights issues and LGBT issues, all of her life, and we now have her available to us if she was willing to do it". 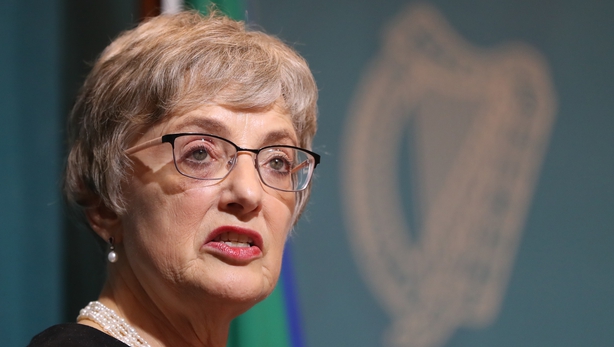 Opposition parties have responded angrily, describing the appointment as "cronyism" and lacking any real transparency.

Mr Coveney said that Ms Zappone did not put herself forward but that this time last year when she moved to New York she was actively involved with Fine Gael on the campaign to get Ireland onto the UN Security Council.

He said that after that she expressed her interest in supporting the Government's work on the Security Council in the future.

He said many months after that, the Department of Foreign Affairs decided to use a special envoy role as a diplomatic tool to advance Ireland's efforts in the United Nations.

Mr Coveney said that in this type of role, it is about having someone who can advocate on someone's behalf and add to the team in what Ireland is trying to do internationally.

He said the position was not created for Ms Zappone, adding that there is also a special envoy for West Africa, but it was his judgement that she should be considered for it.

Sinn Féin TD Louise O’Reilly called on the Taoiseach to "stand up for fair procedures" and "stop the appointment".

Speaking on RTÉ’s Drivetime, Deputy O’Reilly said the Cabinet’s "rubberstamping" of the appointment was an example of "backscratching cronyism".

Speaking on the same programme Fianna Fáil’s Timmy Dooley said the situation should be "brought to an end" and he said that Ms Zappone should "pull back and say that she is not prepared to take up the position."

He said the process of appointing a special envoy should "start again, with the appropriate process".