Church bells rang out across Norway today as the country marked 10 years since the Utoya massacre.

He then travelled to a summer camp for left-wing youths on the island of Utoya, shooting 69 people dead - most of them teenagers.

Speaking today to survivors and relatives of the victims on the 10-year anniversary of the attacks, Prime Minister Erna Solberg urged empathy and tolerance.

"We must not let hate stand unopposed," Ms Solberg said in a speech at a memorial ceremony near the government headquarters in Oslo, the site of the first attack.

The Scandinavian nation had been mostly spared from extremist violence until the attacks on 22 July 2011, the most violent in Norway's post-war history. 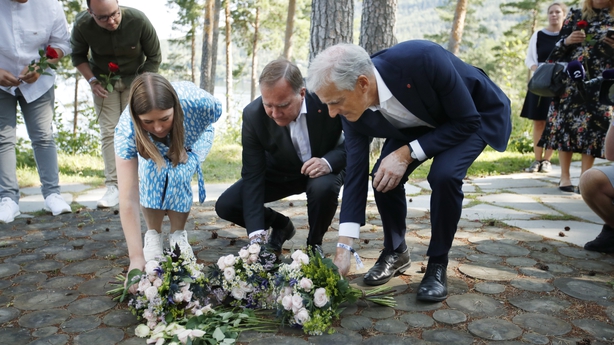 Ms Solberg stressed that much had been done in the past decade to improve security and combat radicalisation and extremism.

"The most important preparedness, we have to build within each of us," she said, adding it would serve as "a fortified bulwark against intolerance and hate speech, for empathy and tolerance."

Briefly after noon, church bells nationwide rung out in honour of the victims.

Another ceremony on Utoya itself in the afternoon will mark the anniversary.

"Ten years ago, we met hatred with love," Mr Stoltenberg said in a speech during a church memorial service.

"But the hatred is still present," he added.

Just this week vandals scrawled "Breivik was right" on a memorial for Benjamin Hermansen, who was killed by neo-Nazis in 2001 in what was billed as Norway's "first racist crime".

Mr Stoltenberg also referenced the 2019 attempted attack by Philip Manshaus, who opened fire into a mosque on the outskirts of Oslo before being overpowered by worshippers preventing any serious injuries. 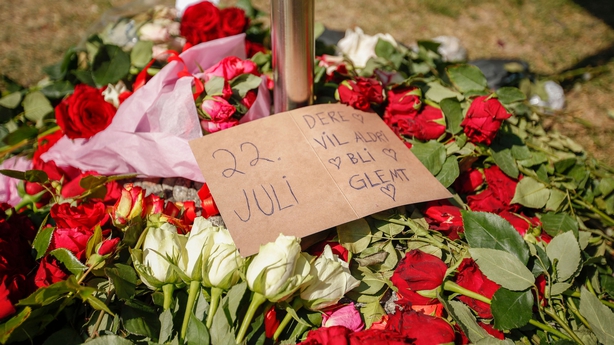 Just before the attack, Manshaus had shot and killed his Asian-born stepsister over racist motives.

Ten years on, many of the survivors of Utoya feel that Norway still has not truly faced up to the ideology that drove Breivik.

"The deadly racism and right-wing extremism are still alive and well in our midst," Astrid Eide Hoem, a survivor who has since become head of the Labour Party's youth league (AUF), which organised the camp, said in a speech at today's ceremony.

"They live on the internet, they live around the dinner table, they live in many people that many (other) people listen to," she continued.

The Norwegian intelligence service (PST) also warned this week that "the far-right ideas that inspired the attack are still a driving force for right-wing extremists at home and abroad."

Breivik's actions had inspired several violent attacks over the past decade, the PST said, including those targeting mosques in New Zealand's Christchurch.

In 2012, Breivik, who is now 42, was sentenced to 21 years in prison. His sentence can be extended indefinitely and he will likely spend the rest of his life behind bars.

For many of the survivors, the psychological trauma remains an open wound.

A third were still suffering last year from major disorders, including post-traumatic stress, anxiety, depression and headaches, a recent paper by the Norwegian Centre for Violence and Traumatic Stress Studies found.

"When you've been through something like this, you don't go back to being the person you were," Eide Hoem told AFP in an interview.

"I have trouble sleeping, I'm afraid, and I think I'll have to live with this all my life," she added.