What to do in the face of the rising threat from the Delta variant of Covid-19 is a difficult question right now for the Irish Government.

This placed us 11th out of 27 European countries. It’s hardly a stellar performance but it’s the lowest we have been at since September last year.

The latest tweet from Taoiseach Mícheál Martin said that 40% of our adult population have now received two vaccine doses.

We have been told too that 66% are partially vaccinated, meaning they have had the first vaccine of a two-dose regime.

There were no cases of Covid-19 and no new outbreaks in nursing homes, community hospitals, long-stay units, acute hospitals or any residential institutions during the week ending 19 June.

This is all good news. So too is the fact that only 210 cases of the Delta variant have been sequenced here to date - which at first glance seems like a low number.

The problem, however, is that this number has the potential to rise extremely fast and lead to a significant increase in sickness and hospitalisations, particularly among younger and unvaccinated age groups.

Delta now accounts for 20% of all the new cases in Ireland. The European Centre for Disease Control (ECDC) made it clear this week that they expect that variant to run rampant in Europe throughout the summer.

Its projection is that Delta will account for 70% of all new cases of Covid-19 in Europe by start of August and 90% by the end of that month. This will be just at the time that schools and colleges are starting back after the summer break and all associated adult interactions will be on the rise.

The ECDC says scientific studies show the Delta variant is 97% more transmissible than the original Wuhan variant of Covid-19. This means that if an unvaccinated person encounters another person who has Covid-19 this summer they are twice as likely to pick up the coronavirus as they were this time last year.

The scientific studies also show that unvaccinated people who become infected with this more highly transmissible variant are twice as likely to end up in hospital compared with last year.

The evidence for this comes from two studies in the UK. One, from Scotland, showed an 85% increase in the proportion of people hospitalised. The second, from England, showed a 127% increase in hospitalisations. Both were referring to unvaccinated people.

The good news from the studies is that just a single dose of any Covid-19 vaccine provides almost complete protection from hospitalisation and severe illness for those infected with Delta.

The bad news is that the scientific studies are showing that a single dose of either the Pfizer or the AstraZeneca vaccine will only provide 33% protection against the Delta variant.

So, who precisely is protected from the new variant becomes a very important consideration?

On that front however, we have a particular problem in Ireland. That’s because the latest figures show as many as 360,000 people aged in their 60s do not have full protection from the new variant.

Now those 60-somethings are exposed to picking up Delta variant, becoming sick with it, and possibly having to go to hospital. More worryingly they can spread it fast to all those they meet.

They are not the only ones of course. If we include children, about 2.65 million people in Ireland have not been vaccinated to date. Just over one million people are waiting for a second dose. All these people are at risk from the Delta variant.

Those who are fully vaccinated are not completely safe either.

The studies in the UK show that 6.7% of those infected by the Delta variant there had been fully vaccinated.

They had already been given two doses of a vaccine but still became infected with this very worrying strain of the virus.

One of the measures scheduled to happen from 5 July is that the number of visitors a person can have to their home goes up. The Delta variant will love that. The European Centre for Disease Control warned this week that it is strongly associated with household transmission. This means that when it gets into a household it will spread rapidly.

In fact, Delta will love all the other things that are penciled in for 5 July too, including the resumption of indoor services in bars and restaurants, larger wedding celebrations, and increased attendances at organised indoor events.

The ECDC is very concerned about the situation. It said this week that it is now crucial to narrow the interval between vaccine doses to the lowest possible duration recommended by the manufacturers of each vaccine.

For the Pfizer vaccine it said the interval should now be reduced to three weeks, from four weeks currently.

In the case of AstraZeneca, it said the gap should be four weeks down from eight week currently.

The ECDC says it is aware that this would require a very significant effort from public-health authorities and society at large to achieve this goal.

But they are so concerned about the damage Delta could cause this summer that they told the authorities that "now is the time to walk the extra mile".

It specifically stated that prioritising full vaccination for those most at risk could imply deprioritising people at low risk of severe disease.

If the authorities here were to take that message to heart, it could mean those in their early 30s and younger might have to wait a little longer than many expect for vaccination, while all available doses are administered instead to older people waiting for second doses.

The next seven days will tell all. 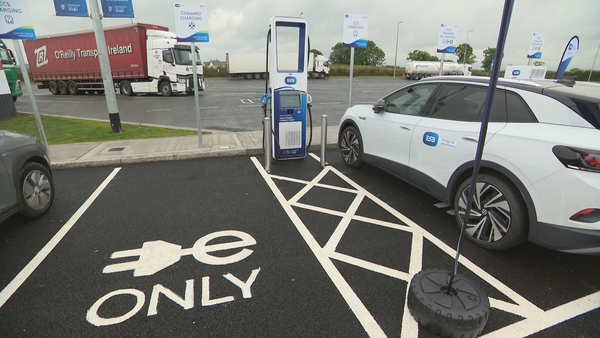