Taoiseach Micheál Martin has announced non-essential travel will resume on 19 July as Ireland will operate the EU Digital Covid Cert.

Speaking during a national address on plans for reopening society, Mr Martin said he understood the importance of the aviation and tourism sectors.

He added that international connectivity was critical to Ireland's place in the world, with many jobs and livelihoods dependent on it.

Tonight, the Department of Health confirmed that Belgium, France, Luxembourg and the US have been removed from the Mandatory Hotel Quarantine list.

Mr Martin earlier said he understood "very clearly" the need to get international travel back in a safe and sustainable way.

He said: "This is an important time for us all. After the trauma of the last 15 months, we are finally taking definite steps toward enjoying normal times with friends and loved ones again."

Mr Martin added: "We are almost back to a point where we can enjoy the ordinary and extraordinary moments in our lives, the excitement and relief is palpable."

Minister Eamon Ryan says "by 19 July we will remove the ban on non-essential travel. We will also fully implement the EU Digital Covid Cert". pic.twitter.com/8BCQUX77cC

To be considered vaccinated under the EU Digital Covid Certificate system, people will need to have received all necessary vaccine doses.

Although there are also provisions under the EU system to permit people who have recovered from Covid-19 or received a negative test to travel.

Speaking at a Government press conference, Minister for Transport Eamon Ryan said that Ireland will not implement the EU Digital Covid Certificate straight away.

He said under the system, children will still need a negative PCR test to travel.

Mr Ryan said EU member states have a six-week discretion on implementation and Ireland will be using part of that.

Travel from third countries, including the UK will return at a similar time, using measures similar to the EU Certificate system.

Mr Ryan said this can be done using the "handbrake mechanism" provided for in the EU Digital Covid Certificate system.

Welcoming the announcement by the Taoiseach, Chief Executive of Tourism Ireland Niall Gibbons said: "This will help protect thousands of jobs and livelihoods across the tourism industry. For the first time in many months, we can look to the future with optimism.

"We know from our research that there is significant pent-up demand among travellers in our overseas markets to return to the island of Ireland as soon as possible.

"However, we also know that there will be significant competition in the marketplace; every destination across the globe has experienced the impact of Covid-19 and will be seeking their share of the recovery."

The Irish Travel Agents Association also welcomed the announcement, saying it has been a difficult 16 months for its members.

The association said while travel agents have not been trading, they have remained open to assist customers with refunds and rescheduling bookings.

The ITAA is now calling on the Government to provide added business supports for travel agents due to the delay between advance booking and travel, which means that travel agents often have to wait for a period of many months before they see any revenue from bookings.

Meanwhile, Sinn Féin leader Mary Lou McDonald said that as international travel begins to reopen, people "need to keep a tight watch" so as to avoid the importation of new Covid-19 variants into Ireland.

Speaking on RTÉ's Six One News, Ms McDonald welcomed the Government's announcement, saying that "at last" people were going to regain the freedom they had lost for such a long time.

She said the issue was that non-essential international travel had to be done safely.

Ms McDonald said that Mandatory Hotel Quarantine needed to be held on reserve going forward as a public health measure to be deployed to keep people safe.

"Of course travel has to resume at some stage, we can't live in splendid isolation, people have to resume their business and lives, but just be clear, it always has to be in the context of people keeping safe," she said.

Earlier, the daa said it could be as far away as 2025 before the aviation industry gets back to pre-pandemic levels.

Speaking on RTÉ's News At One, daa Communications Officer Paul O'Kane welcomed the resumption of travel from July and said they would be working with all airlines to resume service as quickly as possible.

Mr O'Kane said flight numbers have been down 83%, with passenger figures down by 95% as a result of the pandemic.

"Realistically to get back to where we were in 2019, you could be looking at 2024-2025. People seem to have this notion that as we reopen, a switch would be flicked and we'll have all this connectivity and capacity back again. That's not the case," he said.

Mr O'Kane said while a lot of the focus has been on recreational holidays, the return of travel will see families reunited. 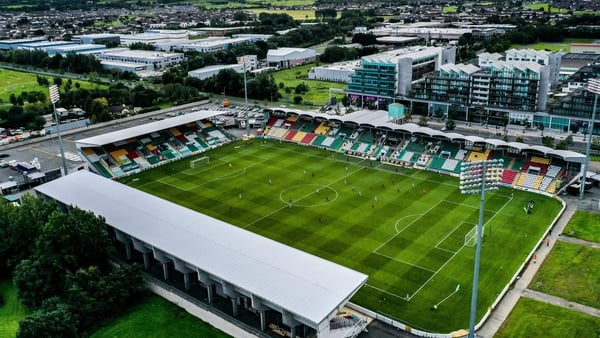