"The TCA (Trade and Cooperation Agreement) marks the foundation of a strong and close partnership with the UK," Ms von der Leyen said on Twitter.

"Faithful implementation is essential," she said

I warmly welcome the @Europarl_EN vote in favour of the EU-UK Trade and Cooperation Agreement.

The TCA marks the foundation of a strong and close partnership with the UK. Faithful implementation is essential. pic.twitter.com/aTU7cOB5Ck

Parliament voted overwhelmingly to approve the the Trade and Cooperation Agreement (TCA).

It was approved by MEPs following yesterday's debate, with 660 voting in favour, five against, and 32 abstentions.

The results were announced in the Brussels chamber this morning by the President of the parliament David Sassoli.

The so-called consent vote means the treaty can now be formally ratified by the European Union. 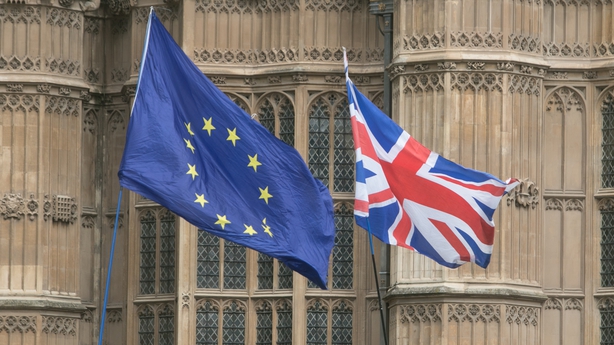 Parliament's consent brings to an end over four years of acrimonious negotiations and debate and lingering mistrust as Britain ended 47 years of EU membership.

"I warmly welcome the results of the vote by the European Parliament on the EU-UK trade and cooperation agreement. It marks a major step forward in EU-UK relations and opens a new era," he said on Twitter.

"The EU will continue to work constructively with the UK as an important friend and partner."

Reacting to the news, Minister for Foreign Affairs Simon Coveney said in a statement: "With the TCA and Withdrawal Agreement, including the Protocol on Ireland/Northern Ireland, in place, we have a new basis for EU-UK cooperation and partnership.

"Much work remains in the time ahead to ensure that these Agreements are fully implemented and that their full potential is realised. In that context, I welcome the recent constructive engagements between Vice President Sefcovic and Lord Frost on the Protocol. Finding a sustainable and collaborative way forward is ultimately to the benefit of all communities in Northern Ireland, and to the EU and UK as a whole."

British Prime Minister Boris Johnson said: "This week is the final step in a long journey, providing stability to our new relationship with the EU as vital trading partners, close allies and sovereign equals.

"Now is the time to look forward to the future and to building a more Global Britain."

UK Brexit negotiator David Frost said: "Today marks an important moment as the European Parliament have voted in support of our Trade and Cooperation Agreement with the EU.

"Last year both sides worked tirelessly to agree a deal based on friendly cooperation and free trade between sovereign equals.

"Today's vote brings certainty and allows us to focus on the future.

"There will be much for us and the EU to work on together through the new Partnership Council and we are committed to working to find solutions that work for both of us.

"We will always aim to act in that positive spirit but we will also always stand up for our interests when we must - as a sovereign country in full control of our own destiny."

Minister for Foreign Affairs Simon Coveney said today's formal ratification of the deal by the European Parliament was "significant".

He told RTÉ's News at One that it was "far from certain" a number of weeks ago that the agreement would be ratified.