An ancient tomb, described by archaeologists as "untouched" and "highly unusual" has been discovered on the Dingle Peninsula in Co Kerry.

The tomb was uncovered in recent days during land improvement works being carried out by a farmer.

The National Monument Service has requested that the location of the structure should not be disclosed in order to prevent the possibility of disturbance.

The tomb was uncovered by a digger during land reclamation work when a large stone slab was upturned, revealing a slab-lined chamber beneath.

On closer inspection an adjoining sub-chamber was found at what appears to be the front of the tomb.

The tomb contained an unusual smooth oval-shaped stone and what is believed to be human bone. 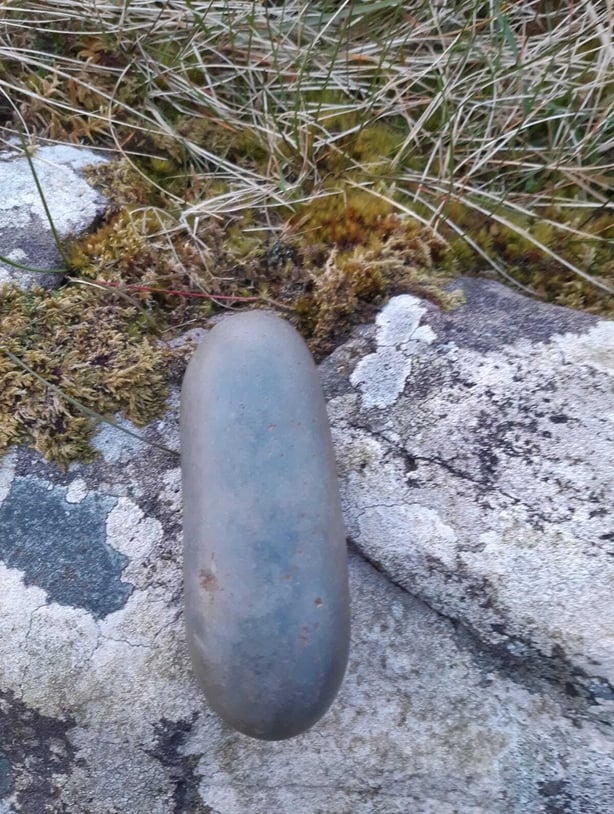 It is believed the tomb may date to the Bronze Age (2000BC-500BC), but it could be even earlier as it displays a number of highly unusual features.

Archaeologists from the National Monuments Service and the National Museum of Ireland visited the site yesterday to carry out an initial survey.

The authorities say they will not be commenting on the find until a full survey has been completed. It is understood the oval-shaped stone has been removed for safe keeping.

Local archaeologists say it is a highly unusual and significant find.

"Given its location, orientation and the existence of the large slab your initial thought is this is a Bronze Age tomb.

"But the design of this particular tomb is not like any of the other Bronze Age burial sites we have here," said Mícheál Ó Coileáin.

"This is a highly unusual tomb. It's possible that it's earlier but it's very difficult at this early stage to date it," he added. 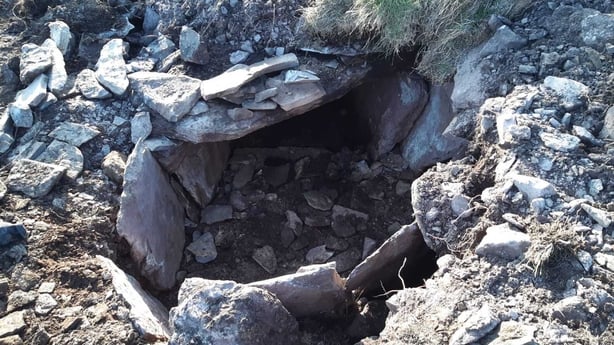 Archaeologist and place names expert Dr Breandán Ó Cíobháin said the find could be invaluable to our understanding of pre-historic burial rituals.

"This tomb appears to be completely untouched and in its original state and contains human remains.

"That is very rare. It is an extremely significant find as the original structure has been preserved and not interfered with, as may have occurred in the case of other uncovered tomb," he said.

Dr Ó Cíobháin said that the orientation could help significantly.

He said: "In the south-west of Ireland we have a significant number of wedge tombs, in Cork and Kerry in particular.

"The majority are generally orientated to the west and south-west. it is not clear why but it may represent celestial or lunar alignments. Some of these tombs have unusual features such as porticos at the western end.

"But as much of this particular tomb remains hidden underground it is difficult to fully assess the layout."

The tomb, which is on private land, is in a vulnerable condition and there are concerns that people visiting the site may cause further damage to the structure.

The National Museum of Ireland said it wishes to thank the landowner and all those involved in the prompt reporting of the find.