A gunman opened fire at the cabinet-making plant in Texas where he worked, killing one person and wounding six others before he was taken into custody yesterday.

It is the latest of several mass shootings in the United States over the past three weeks.

Four of those wounded in the shooting at Kent Moore Cabinets, a warehouse-sized facility at an industrial park in Bryan, Texas, were rushed to area hospitals in critical condition, the police department said on Twitter.

Investigators said they did not yet know what motivated the shooting in east-central Texas.

One victim was found shot dead at the scene, along with four others badly-wounded by gunfire.

A sixth person who sustained an unspecified minor injury and a seventh who suffered a medical emergency, were also rushed to area hospitals, according to the Bryan Police Department.

In addition, the Texas Department of Public safety said a state trooper was shot and wounded during a pursuit of the suspect into a neighbouring county and was hospitalised in serious but stable condition. 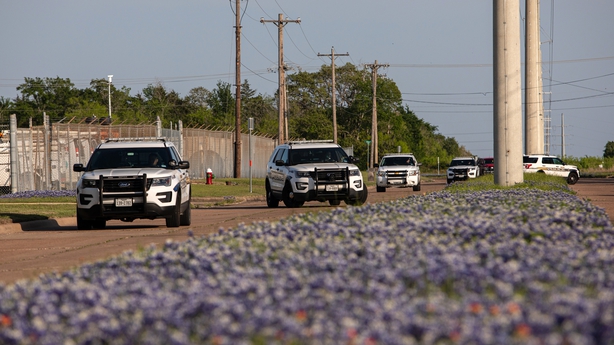 The shooting is the latest in a string of at least a half-dozen deadly mass shootings across the United States since mid-March.

Eight people were killed at Atlanta-area spas, ten people at a supermarket in Boulder, Colorado, and four people, including a nine-year-old boy, at a real estate office in Orange, California.

On Wednesday, a former professional football player shot and killed a South Carolina doctor, his wife, two grandchildren, aged five and nine, and another man before taking his own life.

Hours before the shooting in Texas, President Joe Biden and  Attorney General Merrick Garland announced limited measures to tackle a surge in US gun violence in recent years.