Dutch police have arrested a 58-year-old man on suspicion of stealing two paintings by Vincent van Gogh and Frans Hals from museums in the Netherlands last year.

The man was held at his home in the central town of Baarn over the thefts of Van Gogh's "Parsonage Garden at Nuenen in Spring" and Hals's "Two Laughing Boys", police said in a statement.

"For months, intensive investigations into the robbery of both paintings were conducted under the leadership of the public prosecution service.

"This has led to the arrest of a 58-year-old suspect from Baarn. He was arrested at his home this morning. The man is suspected of stealing the paintings."

However, police have not yet found either of the paintings.

The Van Gogh, valued at up to €6m, was stolen from the Singer Laren Museum near Amsterdam on 30 March while it was closed due to coronavirus measures. 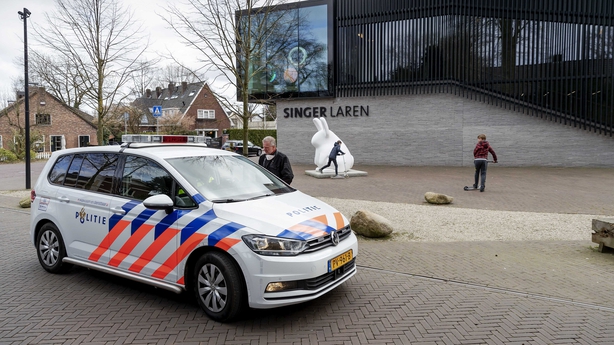 The theft happened on what would have been the 19th-century painter's 167th birthday.

The "Two Laughing Boys" by 17th-century Dutch master Hals was meanwhile stolen in a burglary in August from the Hofje van Mevrouw van Aerden museum in Leerdam.

The painting, featuring two laughing boys with a mug of beer, was previously stolen from the same museum in 2011 and 1988, being recovered after six months and three years respectively.