Minister for Health Stephen Donnelly has said his department will carry out an "urgent and detailed review" of cases where files containing medical and educational information on children with autism were maintained by the State.

RTÉ Investigates reported that the information on children involved in long-dormant court cases were built over a number of years by the Department of Health without the knowledge or consent of their parents.

Minister Donnelly said he accepts that some files were kept, as reported by RTÉ Investigates, and that he is treating the issue very seriously.

"We need to know the facts; the periods involved, what the cases are; and how many of these cases the allegations made pertain to," he told RTÉ's Six One News.

The minister said any parent going to a clinician is "fully entitled to the view that the session their child is having with that clinician - be it a psychologist, an occupational therapist or whatever - that that is confidential," he said.

He addressed the issue shortly after the Secretary General of his Department, Robert Watt, said it has "never unlawfully held sensitive medical and educational information on children involved in dormant cases".

In what was described as an "open letter" on the department’s website, he said the Minister for Health is regularly named in litigation.

One of the duties of the department, he said, "is to manage cases effectively on behalf of the State, which sometimes includes review of sensitive information in order to settle or defend cases".

Earlier, the Taoiseach announced that a multi-disciplinary team would be established to consider the issues raised by the programme, which he said "merit further examination".

He said the aim of such a process would be to "understand fully what happened and also to ensure a proper policy framework and guidelines for the future".

In a statement, his spokesperson said: "The fundamental role of the State is to advocate for the child and to ensure that the State provides services and facilities to children to enable their full development and potential to be realised."

This examination will proceed despite a statement from the Department of Health last night saying that the issue was already examined by an expert senior counsel review which it commissioned after concerns were raised by a whistleblower in the department.

That process, the department said, found the practices to be entirely lawful, proper and appropriate. 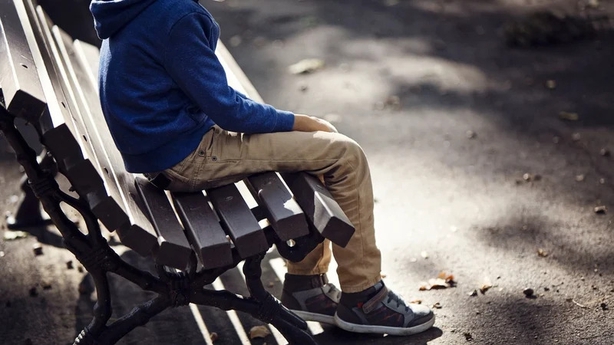 The committee is to write to Minister Donnelly to immediately seek a copy of an internal report on the matter that was compiled by a senior counsel, when concerns were raised by a whistleblower.

They will also ask the minister to give guarantees that the access to databases containing information about the children is curtailed or severely limited.

At a private meeting this afternoon, members agreed to hold hearings beginning the week after next.

They will firstly invite the outgoing and incoming secretaries generals of the Department of Health, Jim Breslin and Robert Watt.

There will potentially be more hearings after that which could include inviting in advocacy groups, the Data Protection Commissioner and the Children's Ombudsman.

Members have also asked the committee secretariat to compile a briefing document on the legal aspects of the practice of maintaining files containing medical and educational information about children with autism.

Because of Covid restrictions, committees are permitted to meet just once a week. But the Health Committee will consider asking the Ceann Comhairle to permit more regular hearings in order to examine this particular issue.

Committee member, Sinn Féin's David Cullinane, said the hearings would be conducted "through the lense of what is in the best interest of families and children".

He said there were a number of actions which were in the "immediate grasp" of the Government, including furnishing the internal report to the whistleblower whose claims prompted it and to ensure the practice stops.

The Children's Ombudsman Niall Muldoon said the revelations made him "very angry".

Speaking on RTÉ's Morning Ireland, he described those involved as the "most vulnerable children in Ireland" and said their families are doing their best to get those children the rights they are entitled to.

"What kind of State are we trying to create here? We're trying to provide a State in which children's rights are protected and promoted at all times ... as recently as yesterday there were statements coming out saying its normal practice.

"It's lawful, maybe, but is it proper and appropriate? Absolutely not."

Mr Muldoon said it is not a fair playing field, and members of the families taking lawsuits cannot knock on the door of a minister or secretary general's GP and request to see their medical records.

It is an "abuse of power" in relation to families and children who are "extremely vulnerable" he said.

"We also have to ask the question: Has this happened with other children where families have sued in relation to assessment of needs perhaps, or school places or maternity issues? Is this a common practice?" 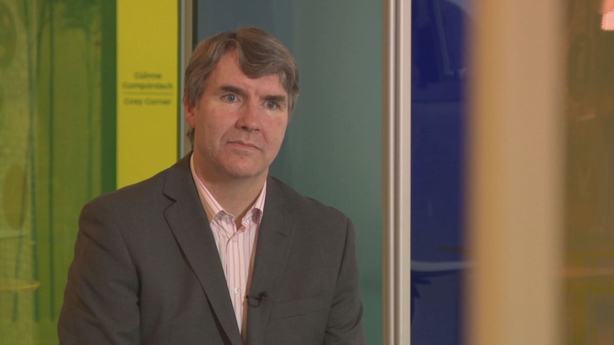 He questioned if the Department of Health has made "immediate contact" with the families involved, because hundreds will be worried that they are caught up in this.

Mr Muldoon said we also need to take a look and see if this has been happening in other lawsuits in which children are involved.

CEO of the Health Service Executive Paul Reid said everyone must always be able to trust the health system.

Also speaking on Morning Ireland, he said confidentiality is the cornerstone of any health delivery and the HSE has sought further information about the issues highlighted by RTÉ Investigates and it will be followed through on.

"From our perspective nothing can be right about sharing information inappropriately," Mr Reid said.

He said the HSE would not be sharing any information inappropriately and from their understanding anything that was shared was on a legal basis and was not breaking patient confidentiality.

Minister for Justice Helen McEntee said time must be given to the Department of Health to respond to the report.

However, she said she believes the department's report on the legality of it needs to be published.

Speaking on RTÉ's Today with Claire Byrne, Ms McEntee said the department had a legal expert come in and assess all of this, as this was not the first time it was raised within the department, and nothing was found to be in breach.

She said she didn't like what she saw on the programme and she presumed any GP appointment a family has on behalf of children is private and that only way it can breached is when the permission is given.

Speaking on the same programme, she said there is a "lot of upset and confusion from families in our community".

Ms Ferris thinks the revelations will raise concerns for these families who are now questioning the trust and relationship they may have with those who have been positioned to support them.

She said: "How was this allowed to happen, will the families be informed of how their data has been used? And the biggest concern we have is the perpetuation of this attitude and the culture towards those with disabilities in Ireland.

"This is just yet another breach of trust that families in our community have experienced."

She said questions need to be asked externally and internally now as to how these processes were allowed to take place.

While she welcomes the legal review, Ms Ferris stated there needs to be a review of the culture and of the ethics of this also. 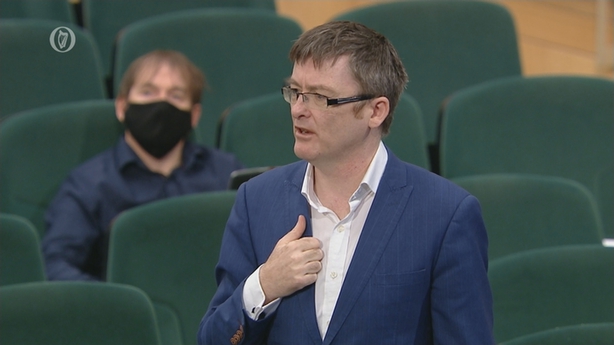 Sinn Féin's health spokesperson David Cullinane accused the Department of Health of a "monumental breach of trust" following the revelations.

Speaking on Morning Ireland, Mr Cullinane said the findings of the investigation are "truly shocking" and disturbing and that these issues need to be properly investigated.

"There needs to be a full and proper investigation," he said.

Mr Cullinane said instead of assisting families, the department was "snooping" on these children and it raises legal, moral and ethical issues.

"Whatever about the legal issues and if there were breaches it was unethical and completely wrong and to have very sensitive information and the child's psychiatric information," he said.

He said he does not "buy the justification" from the Department of Health.

"We want to know what happened, is this practice still ongoing, is this information still being compiled, why was this done?"