Archaeologists have unearthed a unique ancient-Roman ceremonial carriage from a villa just outside Pompeii, the city buried in a volcanic eruption in 79AD.

The almost perfectly preserved four-wheeled carriage made of iron, bronze and tin was found near the stables of an ancient villa at Civita Giuliana, around 700m north of the walls of ancient Pompeii.

Professor Massimo Osanna, the outgoing director of the Pompeii archaeological site, said the carriage was the first of its kind discovered in the area, which had so far yielded functional vehicles used for transport and work, but not for ceremonies. 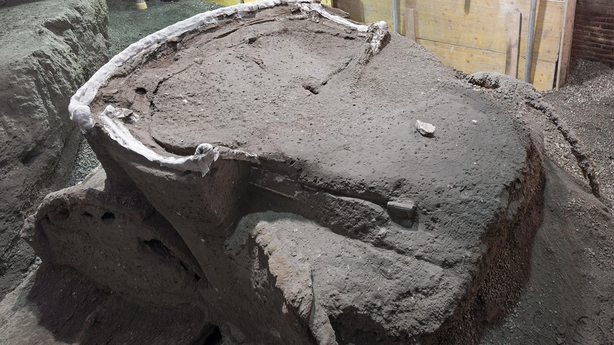 "This is an extraordinary discovery that advances our understanding of the ancient world," Prof Osanna said, adding that the carriage would have "accompanied festive moments for the community, (such as) parades and processions".

The culture ministry called it "a unique find, without any precedent in Italy".

Pompeii, 23km southeast of Naples, was home to about 13,000 people when it was buried under ash, pumice pebbles and dust as it endured the force of an eruption equivalent to many atomic bombs.

About two-thirds of the 66-hectare ancient town has been uncovered. The ruins were not discovered until the 16thcentury and organised excavations began in about 1750.

"Pompeii continues to amaze us with its discoveries and it will do so for many years, with 20 hectares still to be dug up," said Culture Minister Dario Franceschini.

A rare documentation of Greco-Roman life, Pompeii is one of Italy's most popular attractions and a UNESCO World Heritage Site. 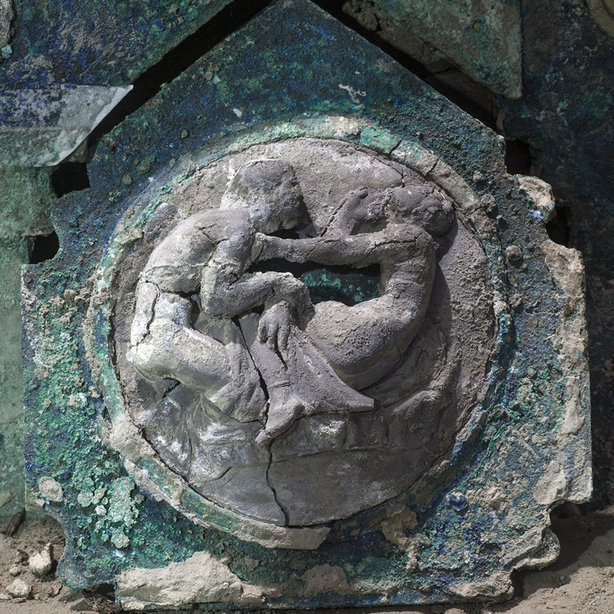