Jack has once again topped the list of names registered with the Central Statistics Office for baby boys in 2020, a position it has held every year but one since 2007.

However, Grace has knocked Emily off the top of the list for girls, a place it had held since 2011.

Last year, it was pushed back to number three behind Grace and Fiadh and was followed by Sophie and Ava.

Of registrations for boys in 2020, the top five most popular names were Jack, James, Noah, Daniel and Conor. 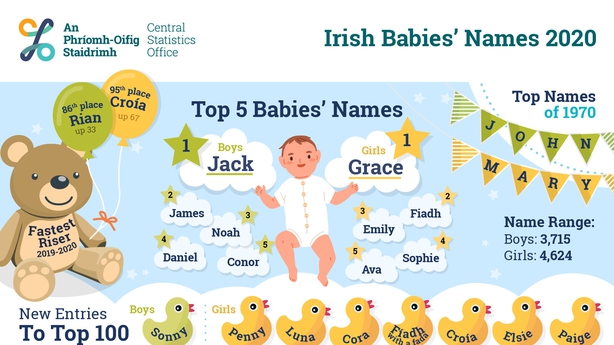 CSO Statistician Carol Anne Hennessy said that for the third consecutive year the list distinguishes names registered that contain the síneadh fada and other diacritics.

According to the CSO, back in 1970, John, Michael, Patrick, David and James were the names most favoured by parents of newborn baby boys.

However, not one of the top five names for girls in 2020 appeared in the top 100 names a half century earlier.

Mary, Catherine, Margaret, Ann and Sharon were the most popular names for baby daughters in 1970, with 1,896 baby girls named Mary in that year. 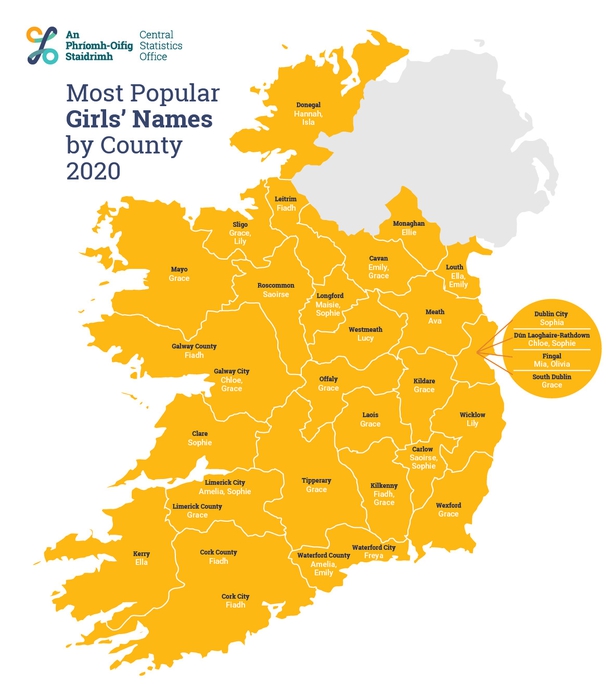 The list also highlights that girls are given a wider variety of names than boys with 4,624 girls' names registered compared to 3,715 boys' names. 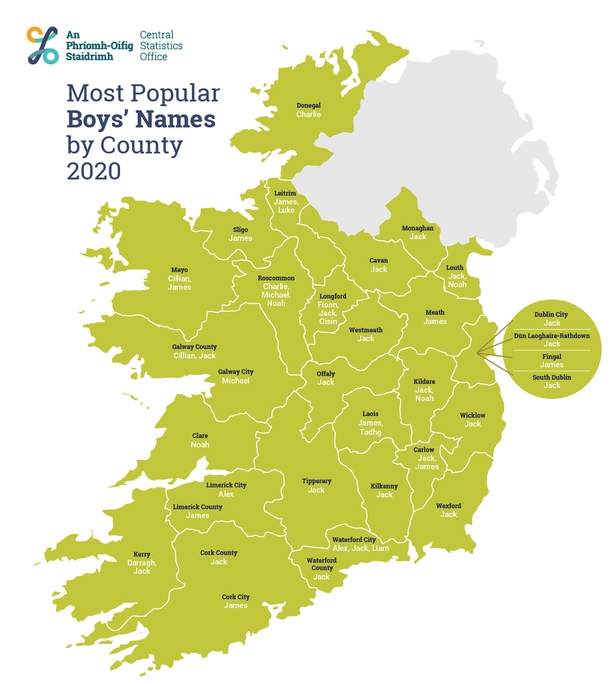 There were seven new entrants to the top 100 for girls: Penny, Luna, Cora, Fíadh (with a síneadh fada), Croía, Elsie and Paige.