Gardaí have said they are not looking for anyone else in their investigation into the deaths of three brothers near Mitchelstown in Co Cork.

The brothers, who were well-known in the local community, have been named locally as 59-year-old Johnny Hennessy, 60-year-old Paddy Hennessy and 66-year-old Willie Hennessy.

Johnny and Willie were both single and lived on the family farm. Paddy was a separated father-of-two who was living in Mitchelstown.

Family members discovered the body of Paddy fatally injured in the yard of the family farm just before midnight. Gardaí found his brother Willie in a shed during a search a short time later.

Johnny's body was found in the River Funcheon just before midday.

Post-mortem examinations on the bodies of the men are expected to take place over the weekend and will be conducted by the Assistant State Pathologist Dr Margot Bolster at Cork University Hospital.

At a press briefing this evening, Superintendent Liam Geraghty appealed for information from the public in relation to any interactions they may have had with the brothers, or anything else that could be relevant to the investigation. 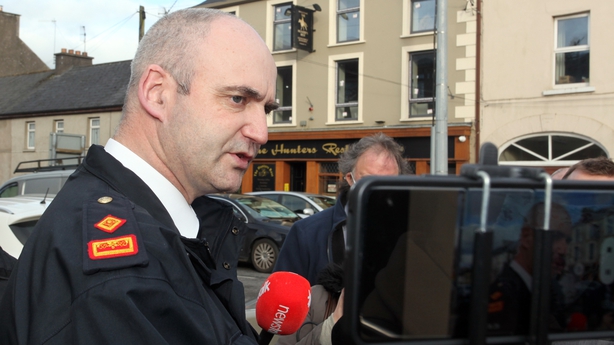 More than 50 gardaí from a number of different districts and units have been involved in the significant operation which began before midnight, when emergency services were called to a farmhouse at Curragorm, about 8km from Mitchelstown.

They issued an alert regarding the whereabouts of a third man who was believed to have been driving a red Toyota Corolla van.

That van was found near an "unconnected" farmhouse later in the morning, in the Killacluig area, a few kilometres from Curragorm.

Johnny Hennessy's body was removed from the river and brought to Cork University Hospital this evening.

The bodies of Paddy and Willie were also removed from the farmhouse and brought to the morgue at CUH this evening, following a preliminary examination of the scene by Dr Bolster.

A forensic examination of a number of scenes is also being carried out by members of the Garda Technical Bureau.

Superintendent Geraghty said this evening that he could not identify to media any particular weapon that have been used in the incidents.

"We'll have to wait for post-mortem results to fully identify the nature of any injuries but at this moment we don't anticipate that there was any firearm involved."

He said members of the public "may have some information about what may have been happening in relation to interactions between people involved" and said any information should be passed on to gardaí.

Gardaí involved in the operations overnight and throughout the day included local personnel, officers from other districts, the air support unit, the armed support units from Cork, Limerick and Cahir, the Garda dog unit, the water unit, and the technical bureau.

He said he was not aware of any letter or any other communication being left by any of the deceased men.

A family liaison officer has been appointed for relatives of the deceased and gardaí have appealed for privacy on their behalf, with Superintendent Geraghty describing what has happened as a "personal tragedy" for them.