More than 16,000 Irish residents have arrived back into the State in the past two and a half weeks alone.

Figures provided to RTÉ News from the Department of Justice show that around 3,000 of these were travelling home to see a sick relative, for medical reasons or a funeral, while 65% - or more than 10,000 - were returning from holidays or visits abroad.

2,321 people were on work or business trips, 1,175 said they were visiting a sick relative, 955 cited medical reasons and 900 said they were attending a funeral.

The UK, Spain, the UAE, Poland and Romania were the top five countries from which people entered Ireland from during the period.

10,547 non Irish residents also came to Ireland during that period.

2,119 were transiting to another country on the same day, 2,059 said they were on a holiday or visit.

It comes as an additional 18 states have been added to the Government's coronavirus 'high-risk' list of countries.

Brazil and South Africa have been on the list since 5 February.

People arriving into Ireland from these countries will have to self-quarantine for a mandatory period of 14 days.

The requirement will come in to effect immediately.

Minister for Health Stephen Donnelly said: "Under the current Level 5 restrictions nobody should be engaging in non-essential travel at this time. These stringent measures on people arriving to Ireland from 20 states are necessary in responding to the risks posed by variants of concern.

"People who arrive in Ireland must now complete a full mandatory 14-day period of self-quarantine if they have been in any of these states in the previous 14 days. The Government will shortly consider legislation that will require such passengers arriving here to complete this quarantine at a designated facility."

The Government is due to publish legislation that will require such passengers arriving here to complete this quarantine at a designated facility.

Mr Donnelly said the Minister for Justice was examining changes to visa arrangements for applicable states being added to the list.

Opposition parties including Sinn Fein, Labour and the Social Democrats are all agreed that there must be mandatory quarantining for all passengers arriving in to the State

Sinn Féin leader Mary Lou McDonald has reiterated calls for mandatory hotel quarantine for all non-essential international arrivals to the island of Ireland.

Ms McDonald said that all incoming non-essential travellers should arrive with a negative Covid-19 test, which should be followed up with a second test a few days after their arrival.

She told RTÉ News that "we have to avoid further importation of the virus, particularly any newer and more dangerous variants of it, so I am at a loss as to why the Government won't just do what needs to be done and what needs to be done is hotel quarantine for all non-essential travellers to our island". 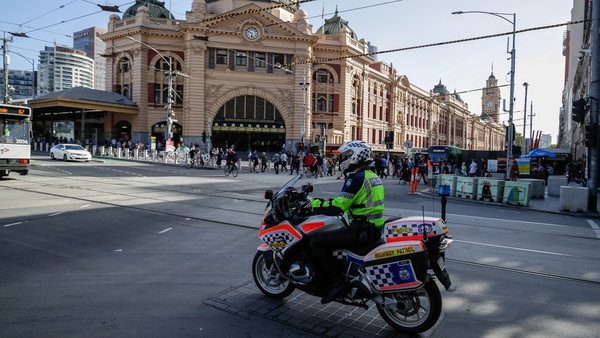