Taoiseach Micheál Martin has said the Government is looking at a continuation of a high level of restrictions to the Easter period.

He said that remains to be determined by Government, which is revising the Living with Covid Plan, adding that the week commencing 20 February will bring clarity.

The Taoiseach said the RTÉ Investigates programme this week revealed the extraordinary pressures faced by healthcare staff during the third wave of the pandemic and those pressures have to be relieved.

"We don't want that situation happening again in our hospitals," he said.

Speaking on RTÉ's Morning Ireland, the Taoiseach said schools and construction are the priority, and it makes sense to take a cautious and conservative approach to reopening society, particularly as the vaccination programme is being rolled out.

Mr Martin said the phased return to school means that there will not be a million people on the move at the one time.

Asked if we're into Level 5 restrictions until at least after Easter, Taoiseach @MichealMartinTD tells @MorningIreland 'We are looking at a continuation of high levels of restrictions to the easter period. That remains to be determined by Government.' https://t.co/Ym4sl7FSeM pic.twitter.com/pDbOIyg0Po

He said schools are safe places and controlled environments, but it is the wider movement that is the concern.

Mr Martin said Leaving Certificate students should know next week what the situation is regarding exams.

He said he has given the Department of Education time and space to work this out, while acknowledging what Leaving Cert students are going through in terms of the time lost.

On planned school reopenings coming just before the upcoming Easter holidays, Taoiseach @MichealMartinTD tells RTÉ's @MorningIreland that will be part of discussions between unions and the Minister for Education | https://t.co/gcVmLKbY6e pic.twitter.com/u09W9T9Ti6

On international travel, Mr Martin said the arrival of a new variant has given an added momentum and importance to the issue of border controls, which are important to delaying variants entering the country and reducing their transmission.

18 countries will be added to the list of countries from which arrivals here will have to quarantine in a hotel. Currently South Africa and Brazil are on the list. @rtenews

Mr Martin said people should not be undertaking non-essential international travel, which is a breach of Level 5 restrictions.

He added that Ireland has to think beyond mandatory quarantine as "otherwise in the medium- to long-term we end up as prisoners in our own country".

Asked about the ban on inter-county GAA matches, he said this will be looked at again.

Mr Martin said the Government wants to keep mobility in the country low.

He said the positivity rate among close contacts is at 22% and the numbers of people in hospital is well over 20% of the peak last April.

These figures must be kept in context, he said, before "we slowly move out of the very stringent restrictions that we currently experience".

Mr Martin said he has not yet been invited to Washington for the annual St Patrick's Day shamrock ceremony in the White House, but discussions are under way.

He said if invited he would go to the US, but he is conscious of the huge challenges in the US regarding the pandemic.

He said it is important that both administrations work out the optimal way to mark St Patrick's Day this year.

Mr Martin said Ireland has a very important relationship with the US and he hopes "in some way to honour it and mark it" as the economic relationship is key.

He said there are other issues regarding the undocumented Irish in America he would like to raise with President Joe Biden, as well as seeking to work with US Aid's Samantha Power in relation to Irish Aid's work in developing countries.

Asked about the proposed pay increase for the position of Secretary General at the Department of Health, Mr Martin said it is part of a broad-stranded approach to transform the health service and improve the long-term perception of the leading role of the department.

Mr Martin said that a reformed, better and well invested health service should be the legacy of the pandemic and that he is determined to sort the health service during the lifetime of the Government.

He said the pay deal is part of higher investment in health as part of this long-term reform strategy.

Social Democrats co-leader Catherine Murphy has said "it's not fair" on the public that a further six-week lockdown has "all but been announced" via leaks from Fine Gael and Fianna Fáil parliamentary party meetings last night.

Speaking during Leaders' Questions in the Dáil, she said such messaging "needs to be managed way differently" and called on Tánaiste Leo Varadkar to explain what the Government's Living With Covid plan actually means in hard numbers.

Mr Varadkar said that the Government was abiding by National Public Health Emergency Team's (NPHET) advice, which warned against basing policy on "one or two metrics" because this was "too crude."

He added that NPHET had said it would be "wrong" for the Cabinet to use a precise number - such as hospital admissions, ICU capacity, or the seven-day average of positivity results - when devising its strategy.

Ms Murphy said the RTÉ Investigates programme on Tallaght Hospital was a reminder of "the physical and emotional cost on our frontline workers" from rolling lockdowns, something she described as both "unfair and unsustainable."

Social Democrats co-leader @CathMurphyTD asks if there is to a further six-week #Covid19 lockdown, what the aim is in terms of numbers. Tánaiste @LeoVaradkar says no exact number has been agreed and a range of metrics have to be considered, such as ICU numbers, and positivity. pic.twitter.com/eOdoR82oJH

She called for an intense "test, trace and isolate" strategy to be combined with an "aggressive suppression" of the virus and said the public needs to know "what are the milestones" when it comes to reopening the country.

Mr Varadkar said there had been a "very significant reduction" in Covid-19 cases, but that much more work needed to be done to suppress the virus.

He said there is "little point point in reopening things that you have to close in three weeks' time." 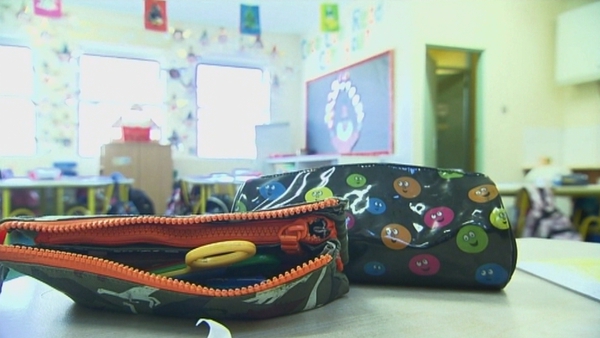