An Irish woman living in Perth, Australia has described how she and her husband had to evacuate their home over out-of-control bushfires near the city.

Kate Doyle, who is originally from Waterford, said she and her husband, Ian Hayes, noticed a large smoke cloud as they drove home from work last Monday.

Initially they did not think there would be much to it, she said, but within two hours the cloud had grown bigger and was closer to the house.

By Tuesday morning, they had to leave their house.

Speaking on RTÉ's Morning Ireland, Ms Doyle said that they brought their animals - three dogs, three cats, ten chickens, and two four-week-old kittens - to the vet practice where she works and then prepared the house by watering down the garden and clearing gutters. 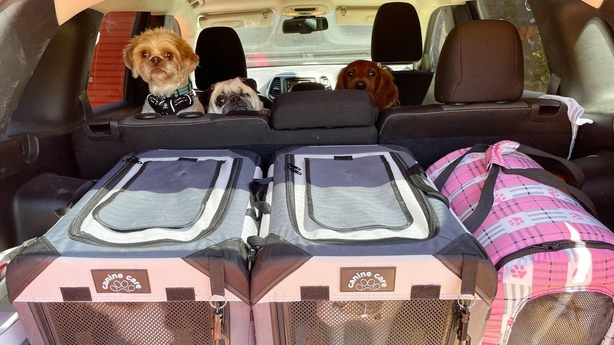 When they left the house, the fire was around 7km away.

She explained that she and her husband were fortunate enough to be able to stay with friends but many other people have had to stay in evacuation centres.

She said: "It's been pretty crazy."

Ms Doyle said the fire is now heading in the opposite direction but that the blaze is 130km in length and in its fourth day.

She said: "It's pretty much a monster heading in the opposite direction and it's very, very scary."

It is hard to be in Australia during the pandemic as they do not know when they will be able to get home because there are massive waiting lists of people who want to leave the country, Ms Doyle said.

Although life continued in a very normal fashion in Perth, she said, it is hard to know that they could not get home to Ireland if there was an emergency. 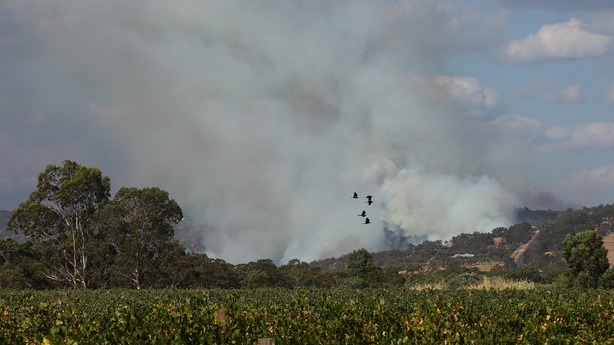 At least 81 homes have been destroyed in the blaze at the Perth Hills, with surveys of areas burned earlier this week adding another 10 to the tally.

The State Premier of Western Australia, Mark McGowan, said the devastation caused was "almost too much to comprehend".

But after "a bleak couple of days", he said, firefighters managed to keep the flames at bay overnight as the blaze threatened homes in more populous areas.

Mr McGowan said: "This is a truly remarkable achievement given the ferocity of the fire. And that, as far as we know, no additional homes have been lost overnight thanks to the incredible work of our fireys."

Seven firefighters have sustained minor injuries but no deaths have been reported in the bushfire, which has scorched 10,000 hectares since Monday.

It comes about a year after Australia was hit by unprecedented climate change-fuelled bushfires, devastating whole communities and wiping out billions of animals.

More than 3.5 million hectares were burned across Western Australia during 2019-2020 but the state was largely spared the loss of properties and lives seen in the country's more densely populated southeast.

Scientists say fires are becoming more frequent and intense due to climate change, with people living in urban-bushland areas like the Perth Hills especially vulnerable to the impact of blazes.

Hundreds of people have fled the area in recent days and emergency warnings remain in place.

Winds of up to 70km an hour have left some water-bombing planes grounded and were continuing to fan the flames.

Mr Klemm said: "We should be really confident about the work that has been done last night to keep the (homes) safe. But we still have challenges today, tonight and tomorrow."

Officials are pinning their hopes on rain forecast for the weekend to dampen the blaze.