A report in the Times claimed the Japanese government has "privately concluded" that the Olympics and Paralympics will have to be called off due to rising Covid-19 rates.

The IOC issued a statement in which it referenced the response of the Japanese government in describing the report as "categorically untrue", adding: "The IOC is fully concentrated on and committed to the successful delivery of the Olympic and Paralympic Games Tokyo 2020 this year."

The IPC went further, maintaining that a series of counter-measures, including the roll-out of vaccines, have put it in a much stronger position than 10 months ago to stage a successful Games.

The report comes amid mounting uncertainty over the Games, which are due to begin on 23 July, with coronavirus rates growing worldwide and much of the wider Tokyo region having been plunged into a State of Emergency earlier this month.

Meanwhile, the Olympic Federation of Ireland has reiterated its intention to continue with its plans.

"We remain fully of the view, based on regular updates from the Tokyo organisers, that the Games will go ahead in July this year," it said.

"We do feel that the Games will be very different, with stringent countermeasures in place to safeguard athletes.

"Our focus remains on ensuring that our athletes are prepared and ready for this different type of games experience, accounting for the numerous Covid-19 countermeasures, along with a vaccination programmes."

A growing number of figures, including the former London 2012 chief executive Keith Mills, have expressed doubts over whether the Games will take place, while athletes are calling for clarity.

The statement by the Japanese government read: "Some news reports circulating today are claiming that the Government of Japan has privately concluded that the Tokyo Olympics will have to be cancelled because of the coronavirus. This is categorically untrue.

"We will be implementing all possible countermeasures against Covid-19 and will continue to work closely with the IOC, the Tokyo 2020 Organising Committee and the Tokyo Metropolitan Government in our preparations for holding a safe and secure Games this summer." 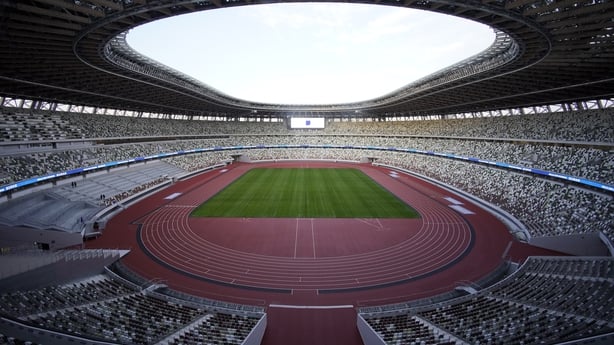 The IPC was more bullish, describing the advances in preparations since the Games were initially delayed last year, and re-stating its commitment to issuing its 'Playbooks' - detailing its specific hosting plans - to major stakeholders early next month.

"By the time of the Games this summer, we are optimistic that daily case numbers will be much lower than during these dark winter months.

"We are also confident that the extensive testing programme to be implemented before, during and after the Games - one of several measures that will be taken targeting Games stakeholders - will help minimise the risk of virus transmission.

"Finally, each sport event that has taken place globally since the outbreak of the virus has provided us all with valuable learning experiences which are helping to continually shape our plans for Tokyo.

"There is no doubt the Tokyo 2020 Games will be very different to any previous Games and that this summer's event looks a long way off right now.

"However, we believe that with the robust measures and plans we have in place, the Games can and will go ahead safely."

Double Paralympic silver medallist and former world champion Stef Reid insisted the continuing speculation is doing nothing to help athletes in their preparations for the Games.

She tweeted: "This is exhausting. If it is true, make it official."