Tánaiste Leo Varadkar has said the situation regarding Covid-19 is alarming and further restrictions cannot be ruled out.

Speaking on RTÉ's This Week, Mr Varadkar said there is a strong case to say that the current restrictions should be left in place until those most at risk have been vaccinated, even if that means going into February.

He said additional restrictions cannot be ruled out, but that the current measures were only brought in on 30 December and must be given time to work.

Mr Varadkar said the current situation much more closely resembles the first wave of the disease rather than the second wave.

The Tánaiste said it could be stopped but people must stay at home to flatten the curve.

On hospital admissions, Mr Varadkar said they were not overwhelmed but if current admission levels continue, they would run into difficulties later in January.

He defended the Government's decision to go against the National Public Health Emergency Team's advice by reopening hospitality in December.

He said there was some revisionism on this as NPHET had advised allowing more household visits instead.

Asked if it was the wrong decision, he said nobody could answer that definitively and no one thing was to blame for the surge in the virus.

Mr Varadkar said it is the firm intention of the Government to open schools as planned on 11 January.

He said they have no advice to the contrary, but that a further assessment will be made closer to the time.

Asked about childcare, the Tánaiste said the Government would like childcare to stay open for vulnerable children and those of "essential frontline workers".

Asked for more details on what that means, he said the Department of Children will clarify later today.

The Health Service Executive's Chief Clinical Officer said that "anything short of complete compliance and adherence" by the public to the current restrictions will put the country's acute hospitals and intensive care units under considerable strain by the end of January.

Speaking on the same programme, Dr Colm Henry said the health service is coping with case numbers, but the key concern is the exponential rise of cases in the community, where disease activity is "out of control".

He said the HSE hopes the Level 5 restrictions will have an impact on the "sharp, upward surge" that is now under way, but the fear is "that it will take a long time to turn around".

Dr Henry said that even with complete compliance and adherence to the restrictions, there is likely to be over 1,300 hospitalisations by the end of the month and we could be looking at occupancy levels in intensive care of "perhaps 300 or more".

He said the HSE worked hard over the summer to build up additional capacity, beds and community services and this has brought results, where the traditional congestion levels post-Christmas are not there this year and trolley numbers are down 70% compared to last year.

However, he said that 400 beds across the system are closed due to infection control measures, for cleaning or due to a lack of staff available as a result of the virus.

Dr Henry said that there are 15,000 potential cases of the virus being referred on a daily basis and it "takes a while" for such an enormous caseload to fully impact on hospitalisations. 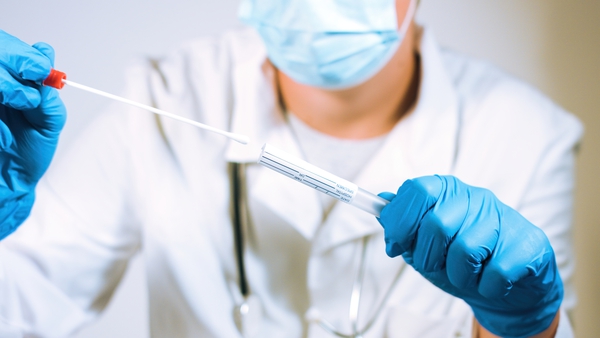