Eight more Covid-19 related deaths and 329 new cases have been notified to the Department of Health.

The figures also show that 196 people are in hospital with the virus, 31 of which are in intensive care, down two from yesterday.

There were 13 additional hospitalisations in the past 24 hours.

The remaining 126 cases are spread across another 20 counties.

Meanwhile, the new coronavirus variant circulating in the UK has not been detected in Ireland, according to the director of the National Virus Reference Laboratory.

Cillian De Gascun, who is also a member of the National Public Health Emergency Team, revealed the news in a post on Twitter today.

Based on the available sequence data @nvrlucdireland the novel #SARSCoV2 ??#UK #variant has not been detected in #Ireland???? (ROI) to date. With thanks to colleagues @firefoxx66 @nextstrain @GISAID Highlights importance of #surveillance #HoldFirm #EveryContactCounts #COVID19

It came after British Health Secretary Matt Hancock yesterday told the House of Commons that a new variant of coronavirus had been identified in England.

"Initial analysis suggests that this variant is growing faster than the existing variants," he warned.

"We've currently identified over 1,000 cases with this variant predominantly in the south of England, although cases have been identified in nearly 60 different local authority areas."

Dr De Gascun said on Twitter that "based on the available sequence data, the novel SarsCoV2 UK variant has not been detected" in Ireland to date.

He said the development highlighted the "importance of surveillance".

Speaking on RTÉ's News At One later, he said that while the UK has been very prompt in sharing the data on the new strain of Covid 19, "there is no evidence at this point in time that the virus should pose a significant concern".

Dr De Gascun confirmed that no case of the new strain of Covid-19 has been identified here or in Northern Ireland and "it was important to reassure people that new strains of a virus emerge all the time".

He said we do not know yet if it's more transmissible than any other virus variant.

There was "no evidence" at this point in time that it causes more severe disease and it was "too early" to say if it will have an impact on vaccine efficacy or on a person's immune response.

The virologist said it was not impossible, but "very unlikely" that a single mutation would knock out the vaccine response.

Martin McKee, Professor of European Public Health at the London School of Hygiene and Tropical Medicine, said the new variant of Covid-19 is not "significantly different".

It should not take too long to see if the new vaccines will work on it, he told RTÉ's Morning Ireland.

Professor McKee said news of the new strain of the virus was announced in a "very unusual way, particularly given that there have been so many other mutations over the past number of months that were not announced in the same way".

He added that the mutation could well mean that the virus has weakened.

Earlier, British virologist Dr Chris Smith told BBC Breakfast that, despite being spread more quickly, the new variant of coronavirus may not be any "nastier".

"Once it infects you, once it gets in you, it doesn't actually make you any iller," he said.

"That appears to be the pattern at the moment and the other crucial question at the moment is 'is that change sufficient to side step what the vaccine does to protect us?'

"For now the answer seems to be no, but that's something we need to watch."

Dr Smith added that the discovery of the new variant reassured him as "it shows the system is working". 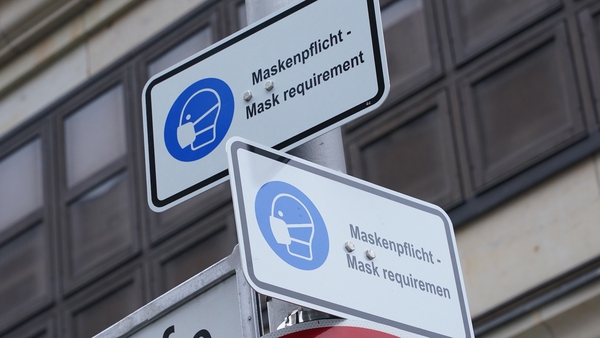 EMA to meet on Pfizer-BioNTech vaccine on 21 December