Mr Johnson and Mrs von der Leyen spoke on the telephone this evening and agreed to ask their chief negotiators to prepare an overview of the "remaining differences".

The leaders will then discuss them in person in a physical meeting in Brussels "in the coming days".

It comes after the latest round of negotiations broke up today without an agreement.

In a joint statement, they said: "As agreed on Saturday, we took stock today of the ongoing negotiations.

"We agreed that the conditions for finalising an agreement are not there, due to the remaining significant differences on three critical issues: level playing field, governance and fisheries.

"We asked our chief negotiators and their teams to prepare an overview of the remaining differences to be discussed in a physical meeting in Brussels in the coming days."

This evening I spoke with @EU_Commission President @vonderleyen.

We have asked our Chief Negotiators and their teams to prepare an overview of the remaining differences to be discussed in a physical meeting in Brussels in the coming days.

Chief EU negotiator Michel Barnier and his UK counterpart David Frost have talked for eight months, but remain divided over fishing rights, rules for fair trade and an enforcement mechanism for regulatory standards.

Earlier, the EU's chief negotiator told MEPs that negotiations on a post-Brexit deal could continue until Wednesday, but no further.

According to sources present, Michel Barnier also warned the UK that a deal would not be approved by member states if it pressed ahead with passing the Internal Market and the Finance Bills into law.

He told the European Parliament's Brexit coordination committee this morning that US President-elect Joe Biden was also "sensitive" to any impact of UK law on the Good Friday Agreement.

Mr Barnier told MEPs the talks were in the "endgame" and that there would have to be a decision on whether or not there was to be an agreement by Thursday.

He said if there was no deal then the European Commission would be ready "to react immediately" with contingency plans, according to sources present.

Mr Barnier described the UK Internal Market Bill and Finance Bill, which would breach the Northern Ireland Protocol, as a "a real topic of concern" and a matter of trust.

He suggested that the UK's reputation would suffer internationally if it violated an international agreement that it had signed. Mr Barnier said he believed the UK was waiting to see the outcome of any free trade agreement before deciding on the fate of both bills.

He said that the EU UK Joint Committee was going to find "concrete, technical solutions" to the issues of concern around the Northern Ireland Protocol.

Any solutions, he told MEPs, would have to respect the Withdrawal Agreement.

Minister for Foreign Affairs Simon Coveney has said that there is increasing pessimism that the negotiating teams can bring about a successful outcome without intervention from Mr Johnson and Ms von der Leyen.

Speaking on RTÉ's Six One News, Mr Coveney said the next two days need to be very different to the last two days.

Minister Coveney said that on the issue of fisheries, if anything, new problems were being landed on the table rather than solutions and this has been unhelpful.

He said there is a great deal of frustration on the EU side, not just within the negotiating team but also across member states.

Mr Coveney said that the mood in Brussels is certainly starting to shift to contingency planning for no deal as opposed to the compromises that are necessary to get a deal done.

Earlier, Taoiseach Micheál Martin said failure to reach agreement between Britain and the EU on Brexit would represent a significant failure, and economies across the European Union and the UK would suffer unnecessarily because of it.

Mr Martin described the prospects of reaching an agreement as very challenging.

He said a deadline on reaching an agreement was days away, given that any agreement reached would have to be ratified by the European Parliament, on the EU side.

Mr Martin said the next number of days will determine whether a deal is reached or not.

Northern Ireland's First Minister Arlene Foster said the issues of "fishing, level playing field and governance have been the issues for quite some time", and that there needs to be an end to the negotiations.

She said she hopes this end is good for both their European neighbours, but also the people of the UK. 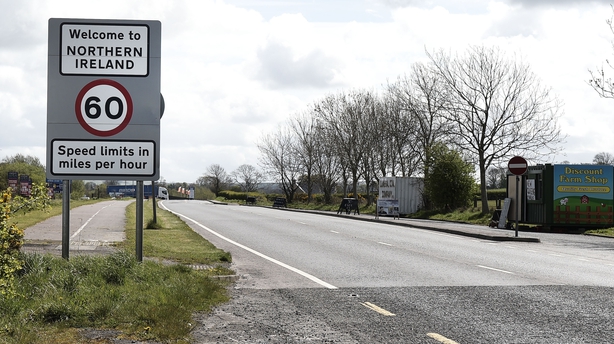 MPs voted 357 to 268, majority 89, to reinsert a controversial section of the UK Internal Market Bill which enables ministers to breach international law.

The Commons disagreed with Lords amendment 47, thereby adding clause 47 back into the Bill.

These clauses are connected to the Government's moves to give ministers the power to override the Brexit divorce deal if required.

Earlier, RTÉ News learned that the UK government would drop the controversial clauses in the Internal Market Bill if a free trade deal is reached, and if parallel discussions on the Northern Ireland Protocol yield long-term and legally sound solutions to the contentious aspects of the protocol.

As the negotiations enter their final days, wide differences remain on the issues of fisheries and the so-called level playing field, including creating a shared set of rules around state subsidies.

On fisheries, the UK has proposed an upfront transfer of €300m in the value of white fish and prawn quota currently caught by European vessels in UK waters ahead of a three-year phasing-in period.

After that, access by EU boats would hinge on an annual negotiation.

The EU has rejected this, arguing for a ten-year phasing-in period, at which point only 18% of the value of fish caught in UK waters will be transferred.

There are also deep divisions over the level playing field, especially around the so-called ratchet or evolution clauses.

This is where the EU expects both sides to evolve their standards in tandem so that neither side can gain a competitive advantage.

However, the UK insists that diverging from EU standards will be a sovereign right post-Brexit.

If a deal can be reached in the coming hours a meeting of the EU-UK Joint Committee will be quickly called.

It is understood that if the committee concludes a series of long-term solutions to the contentious aspects of the Northern Ireland Protocol then the UK will drop the clauses in the Internal Market Bill that breach the protocol.