The board of the body set up to oversee the judiciary and maintain public confidence in the administration of justice met today.

The judicial council meeting is understood to have been convened at short notice as the controversy continues over Supreme Court judge Seamus Woulfe.

The council, which is made up of all judges in Ireland, met for the first time in February after its establishment a year ago.

Its role includes maintaining public confidence in the administration of justice, as well as overseeing judicial conduct and performance.

Its judicial conduct committee is working on drafting guidelines for making and resolving complaints, and legislation in these areas has not yet come into effect.

A meeting of the board of the council, made up of 11 members, including Chief Justice Frank Clarke was convened at short notice this week. It was due to take place on Wednesday, but happened today.

The meeting ended at 5.30pm this evening. No statement is expected to be issued.

It is understood there was no fixed agenda for the meeting and a "general discussion" was to take place.

It comes in the middle of an unprecedented crisis for the Supreme Court following the attendance of Mr Justice Woulfe at an Oireachtas Golf Society dinner in Galway in August. 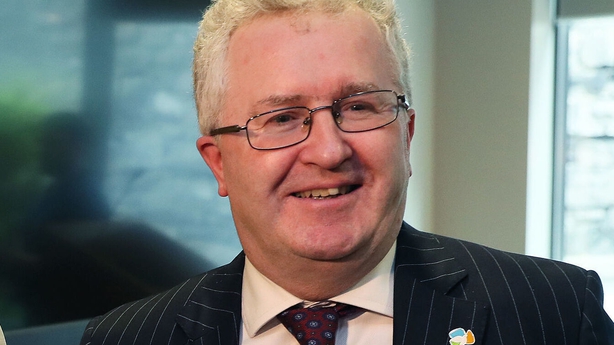 The judicial council was responsible for publishing the review of former chief justice Susan Denham into the issue.

It also published a transcript of her interview with Judge Woulfe and indemnified her in relation to any potential legal action in relation to the matter.

Ms Justice Denham concluded that Judge Woulfe should not have gone to the dinner, but that calls for his resignation would be unjust and disproportionate.

Mr Justice Clarke released correspondence a week ago expressing the view that Judge Woulfe should resign due to the cumulative effect of the controversy and the way Judge Woulfe had handled it since.

The correspondence showed Judge Woulfe did not intend to resign, but was willing to accept any sanction imposed by the Chief Justice under which he will not sit as a judge until February and will forgo his salary for that period.

The correspondence highlighted the depth of division over the controversy. 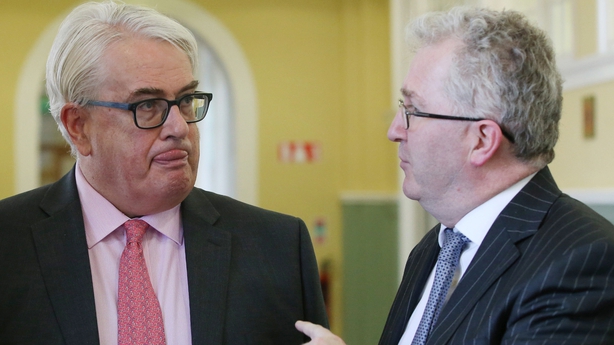 The Chief Justice noted he had received an email from Judge Woulfe after a meeting with three senior colleagues on 2 October.

Mr Justice Clarke said he had asked Judge Woulfe a number of times to confirm he had not been suggesting any inappropriate conduct, and that Judge Woulfe had not addressed this.

It is understood the contents of Judge Woulfe's email on 4 October caused particular concern among some of his colleagues on the Supreme Court.

The only way a judge can be removed from office is if Oireachtas members pass a motion to begin such proceedings only on the grounds of "stated misbehaviour" or "incapacity".

Labour Party leader Alan Kelly said he intends to ask the Taoiseach again to write to Mr Justice Clarke seeking the release of all correspondence between the Chief Justice and Judge Woulfe.

The Opposition also intends to continue the focus on the way Judge Woulfe was appointed to the Supreme Court.

They are calling on Minister for Justice Helen McEntee to make a Dáil statement on the matter.

It emerged last week in an Irish Times report that she did not tell the Taoiseach that three sitting judges had expressed an interest in the position.

No statement is scheduled in the Dáil this week.

A Government source has said Judge Woulfe was recommended as a suitable candidate for the Supreme Court by the Judicial Appointments Advisory Board, chaired by the Chief Justice.

The source continued that such a debate could encroach on the function of the courts and it was a constitutional requirement that there was some distance between the branches of government.

Green Party leader Eamon Ryan said there was "not a clear sense of the action" that would be taken immediately following discussions last week, but that it had been good to talk to all the political parties on the matter.

Speaking on his way into Cabinet this morning, Mr Ryan said he understands the calls being made for  Minister McEntee to take Dáil questions on Judge Woulfe's appointment to the Supreme Court.

However, he said, we have to be careful not to be debating public judicial appointments "in a personal way".

"We have to be careful how we manage all this."