The European Union has warned that it could impose further sanctions on targets in Belarus and condemned the death in police custody of an opposition activist.

"This is an outrageous and shameful result of the actions by the Belarusian authorities," spokesman Peter Stano said of 31-year-old Roman Bondarenko's death.

Mr Bondarenko, an artist and former soldier, was arrested on Wednesday following a dispute in a Minsk square that has become a regular meeting place for the opposition.

Witnesses said unrest erupted between protesters hanging red-and-white ribbons - the colours of the opposition - and plainclothes police who were removing them.

He was pronounced dead yesterday, triggering a wave of outrage among the Belarusian opposition, who believe Lukashenko's security forces are ultimately responsible. 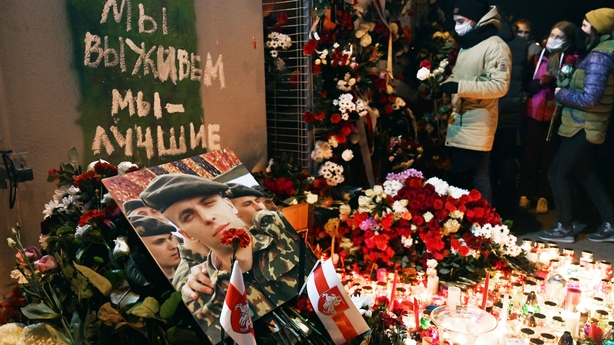 Mr Stano, spokesman for EU foreign policy chief Josep Borrell, said he "died after several hours of surgery in a hospital in Minsk due to serious injuries caused, according to reports, by the brutality of plain clothed policemen".

The EU statement noted that Belarus authorities are guilty of direct violence against the population and of creating an environment in which such "lawless, violent acts can take place".

"We expect the authorities to end the violence and persecution, to release immediately and unconditionally all arbitrarily detained persons, including political prisoners, and to investigate fully and transparently all human rights violations and abuses, and hold those responsible to account," Mr Stano said.

"The European Union has already imposed sanctions on 55 individuals responsible for violent repression and intimidation, and stands ready to impose additional sanctions." 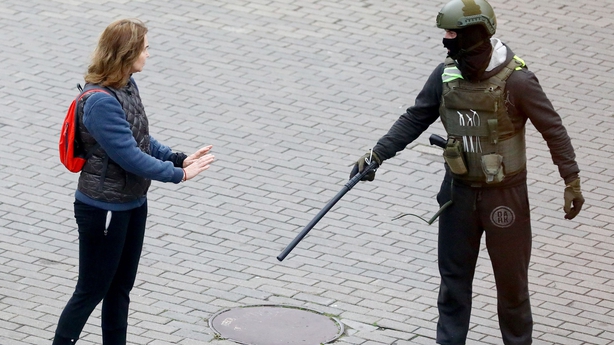 The EU and Canada rejected the results of the 9 August election and have said they do not regard Lukashenko as the legitimate president.

Huge crowds gathered yesterday to pay tribute to the artist in what the opposition has been dubbed the "Square of Change" after residents resisted attempts by security forces to paint over anti-government murals.

Exiled opposition leader Svetlana Tikhanovskaya called for a minute's silence to take place at noon on Saturday "in every neighbourhood of every city".

Read more:
Timeline of election turmoil in Belarus
Women become a symbol of change in Belarus

"Let's do it for the sake of a man who was killed because he wanted to live in a free country," she said.

Police have detained thousands of demonstrators who have reported torture and abuse in custody, prompting international condemnation and Western sanctions.

Several people have died in the crackdown.